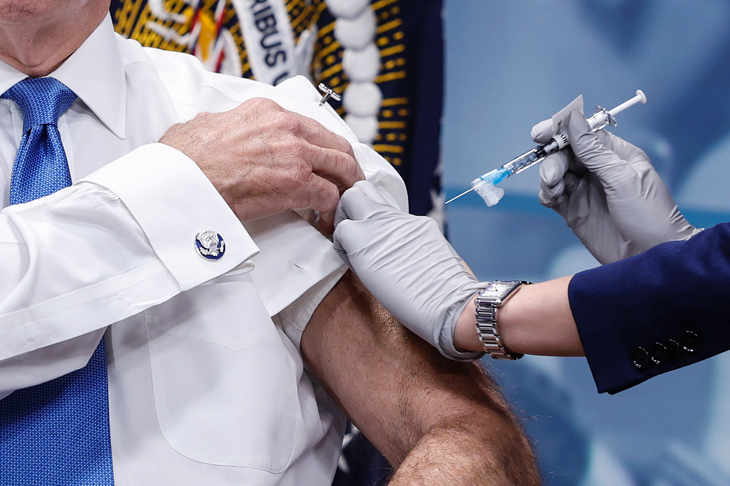 “What is in the Pfizer vaccines? Recently, Dr David Nixon, a Brisbane GP, decided to find out, putting droplets of vaccine and the blood of vaccinated patients under a dark-field microscope.”.

Giving scientists unfettered access to the human population sounds like a really bad idea, but here we are.  As we speak their are probably multiple times over experiments being run with these “vaccines” and done in a way incrementally as to prevent the population from resisting.

What was observed was nothing less then Star Trek Borg episode.   What looks like mechanical arms coming out of microchip looking objects assembling and disassembling themselves.  Furthermore, when the fluid is covered by a faraday cage it stops.  Gee, I wonder what was being built during the lockdowns that could power the Borg nanites in the vax…OH now I remember, 5G towers!

Don’t even get me started on the Borg and how this very likely predictive programming for this dangerous transhumanist agenda.  Swaths of people getting injected with nano-tec and coming to grips with it before becoming lost in the collective hive mind.

The article goes on further to perhaps give an explanation to why so many vaxed individuals were getting deadly clots or fibrin, and that might be the result of this exotic technology replication.

Makes you kind of wonder what would happen if that radiation from 5G towers was cranked up?  I think if you had a person around it long enough, why you could even have a Killswitch.

Resistance is not futile.  It is absolutely needed to defeat this evil.

I can honestly say that I have made $34,100 while working part-time from my loft over the past month and a half. Simply put, both my old company and I ran out of money at the same time. Fortunately, I chose to accept this in-demand online (ubs-55) responsibility, and as a result, I can now earn thousands of dollars from home quickly. Everyone is willing to help this enjoyable project and will increase their online earnings.
…
I said the following to start————————–>>> https://www.bitlylinks.com/qnmDQaeXh

I want to see this blood under the microscope on a video.

This video shows some of the blood clots in the blood https://www.bitchute.com/video/klJ2yt2gvBB6/

I do not have time to find it but I have seen the pics. Healthy blood looks good and normal. Vaccine blood is coagulated and clumped together and mostly the color black.

I think it’s already been shown. There was a doctor, don’t remember where though. He basically started drawing blood from his patients that were getting sick. He then conpared the blood to healthy blood from prior tests and the difference was night and day. The Vax tainted blood showed a disruption in the blood cells all clumped together with mysterious fibers around them.

I thought about that as well. The nano tech or “micro machines” are actually there to cause a disruption in your system. A slow death per se. And if they wanted, maybe running AI in their huge vax database to pick a person to “remote kill.” And down he or she goes like the referee at the basketball game or countless other people that have collapsed.

Scary indeed. We have a man that can definitely engineer or has the people to, Bill Gates.