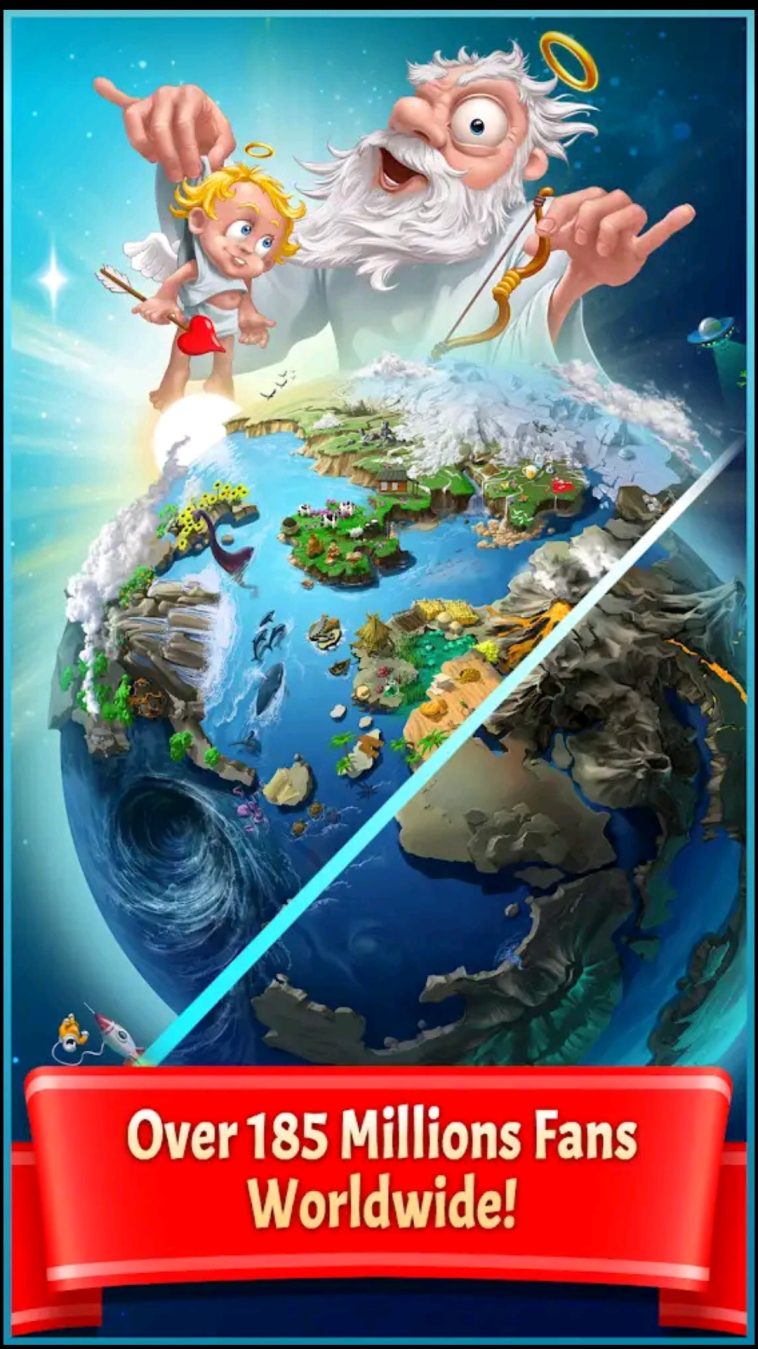 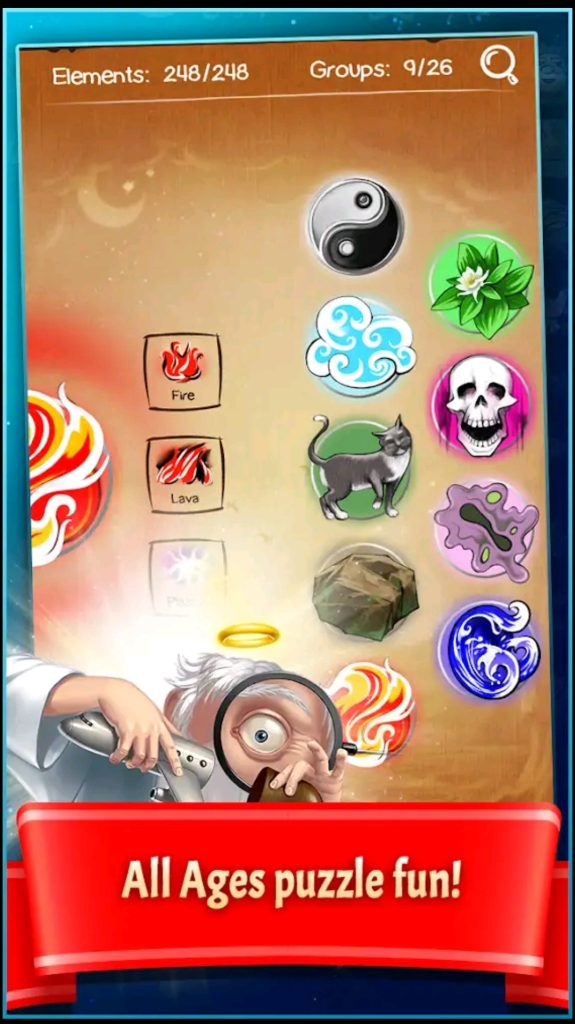 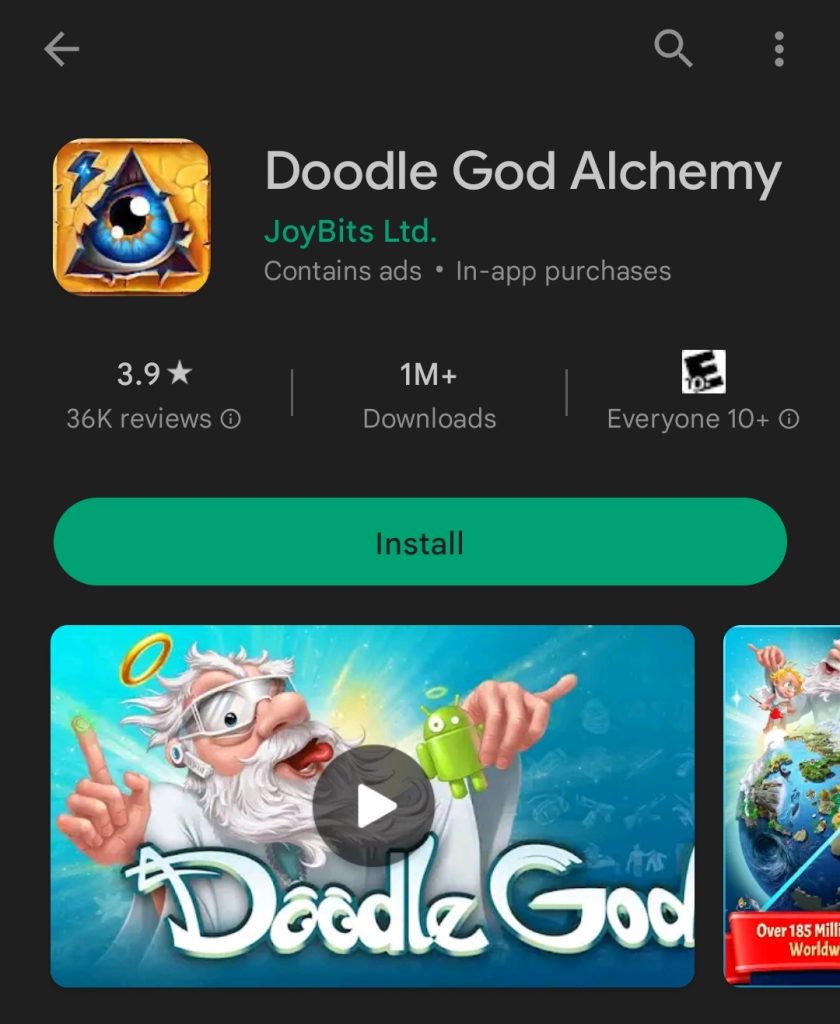 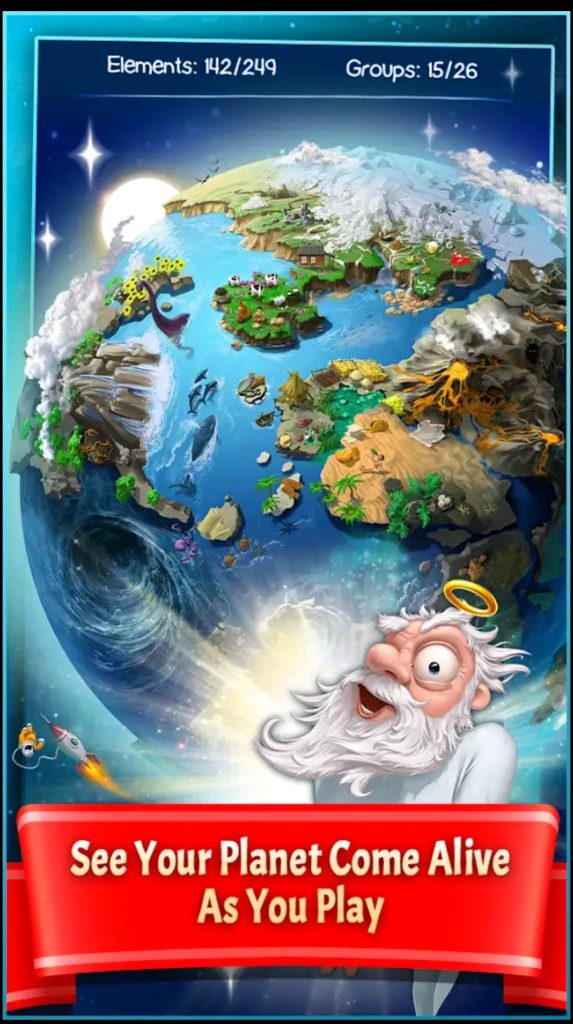 I was with you on the first screenshot, but then the logo was straight up all seeing eye in the pyramid. Incredible.

I recognize the gameplay in the second screenshot. Probably an act of black magic to bank off of their crappy ad filled clone.

Woden the on eyed grandfather and the tyr Anne, the Bowmen.

Woden and Odin are the same correct? Both have one eye missing and names sound similar

Essentially yes, with slight variations ofer time, but then it all comes from the same root back to the antideluvian period. Wednesday is Woden/Oden’s day.

It is the same root as the word Ode in English (a poetic song) which comes from the same root was ODe-diseus. They are the one eye cycle men. Cyclops means cycle and ops=eye.

One of the primary reasons behind this goes back to using one eye to determine angles through the line of sight.

tyr Anne – tyrant.
Looking up that name for personal reasons took me on a merry ride and showed me a tight family circle laden with meaning(s) for me and those surrounding me. thebump dot com is extremely informative as to names and meanings – not so much fluff as most sites we get in HAMaruca. It also showed me the connecting points of grace or promise which were the roots of these good names, all related – this site even gave similar names (other cultures variations) and sibling names (recommended as somehow naturally working together, like Nut and Geb).

I went rifling through my old notes and made multiple other rapid connections – the mummy with its mouth open, the unicorn, the monKEYS (MY keys….MINE! They’re mine…mine…MINE, I tell you….*)

Woden, Odin, who is Baldr in Germanic mythology, “Woden is presumably derived from a common god of the pre-Christian Germanic peoples and is often identified with the pagan god Oðinn, who was worshiped in early medieval Scandinavia and called the Alföðr (“Allfather”) in Old Norse. This legendary figure was later understood to be an ancestral chieftain from whom the Anglo-Saxon kings claimed descent and thus the authority to rule in England.”

I’ve had the running theme lately of being called a “pig” and “wild” and “chaos” (Loki, Shiva “You must control your temper!”- the beast, who isn’t one on the inside core, but is on the inside fruit so his beauty is cocooned within the outer aspect of his inner rage until he finds “true love” and the tear (bezoar) that heals and restores him to his core beauty.)

Tyre Anne should lead you to look towards the sky and the bow of heaven. Go beyond the simple rainbow in the atmosphere. Also look at what is called Tyre in the scriptures.

On earth it can be helpful to research The tribe of o-DAN. Robert Sepeher is the easiest to find who gives more or less accurate starting information regarding the DANube.

Keeping old notes is fantastic for review after learning more, as things will suddenly appear that before we’re unclear.

You said they were bowmen, so it’s the archer? Sagittarius, of which I am one, born in ’69.
Merida (Meridian/center/balance) from “BRAVE” – running family joke that I looked a bit like her when I was younger (same fiery, disrespectful, disobedient spirit as well and very recently forced to grow up very fast) – my husband put her avatar on my Disney+ account as a fond nod – same Celtic background on one side, French-Canadian on the other.
I’m sure you’re wanting me to see it has vaster implications, but Merida is selfish and very childish before she conquers self to serve her people. I try to keep zooming out to see the seas, but also dip down to peer into my personal puddles at times.

Zooming back out: Artemis, Diana, the huntress.
Apollo is her twin.

I’m getting a massive amount of resistance to the pic I want to post so I’ll submit it as an article instead.

In this image we see Tyre with his left hand (receives from heaven holding aloft a sword and his right hand (transmits onto earth – as above, so below) but he has that hand in his pocket. He doesn’t want to share what he receives, he wants to keep that “sunshine in my pocket” “In My Zone” by Rittz speaks of “up in my cutlass” – cutlass is the type of sword he holds (the better to cut the lass with, m’dear).
At zoomed out first glance, it looks like the wild boar/Fenrir is so toast – done for, TYRant already has the apple stuffed in its mouth for the roasting to come….but look again – the boar (what a PIG she is!) actually has the transmitting hand he hoards torn off and in her mouth. So Tyr, being defeated but not yet prepared to concede, sticks it back inside his pocket so to give people the illusion his hand is still there (his power and authority over the earth).
This is the mystery of the Hidden Hand.
This is also scripturally what Yeshua did, took back the keys Adam (and Esau) forfeited and handed them back to the believers.

This image I’m having one hell of a time getting it to post! Resistancd is futile.
I’ve just managed (finally!) to submit it to VL as an article, if this persists in refusing to cooperate. 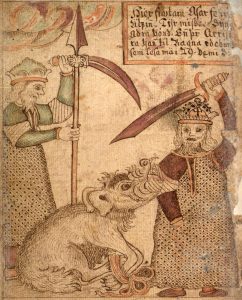 Funny, that (Google) Doodle shows “god” taking away the baby archers bow…just like Merida’s mother, Queen Elinor did in the movie.(she threw it into the lit fireplace). Cause the google/goule(s) (see Harari’s children’s book) still insist the lower tiers of the earth will burn and our dust will nourish their planet to be reborn (phoenix/fanax/fleet foxes) into the nirvana you see above. Thanos’ clap, and they perch atop the apex until the nadir has been natural purged for their personal pleasures.

lgageharleya
Reply to  A E

“Watch your planet come alive!” (Zooming eye through the OD)
(subtitled: “You just won’t be here to enjoy it! HAHAHAA….!” )

I says, the comedy is that it’s serious
This is a strange enough new play on words
I say the tragedy is how you’re gonna spend
The rest of your nights with the light on
So shine the light on all of your friends
When it all amounts to nothing in the end (keep on preaching, babies, I’ve got your weapons….LOL LOLLLLLLLL)

I can see why they love the sex magick – sow the seed and watch it grOW….!

King James Bible, Psalms 8:2, “Out of the mouth of babes and sucklings (baby pigs) hast thou ordained strength”.

They may have had a case of premature ejacOVATION….?

(“Girl’s got spUNk.”) Not their diseased “spunk”. (“Where’d she get all that spunk from?) Clean seed sown by my Liege Lord.

but here is the above:

From wiki: A grain cradle or cradle, is a modification to a standard scythe to keep the cut grain stems aligned. The cradle scythe has an additional arrangement of fingers attached to the snaith (snath or snathe) to catch the cut grain so that it can be cleanly laid down in a row with the grain heads aligned for collection and efficient threshing.

The motion of scything (the sickle/scythe blade to which the cradle is attached) is wielded using a sweeping or rocking motion – you find your stance, plant your feet (down deep) and relax all the muscles you can to conserve energy as you swipe swaths, because harvesting takes hours and hours and many workers to do it efficiently by hand. I know because we own one. German made, excellent blade and handle. I don’t have a cradle and I have a stockier blade (good for brush clearing) but the principles are similar. I want a grain blade with cradle.

I played the original Doodle God game along time ago. They even have a opposite version in hell called Doodle Devil.

Sooooooooo many video games, made for kids, even made by kids (such as on Roblox), even the most cutesy ones are full of this kind of thing. Symbology, and even blatant pentagrams, devil horns, the works. Check out those sim type VR places like Second Life, IMVU, and others such as that, and you’ll start finding them everywhere, in virtual neighborhoods, rooms, stores, all over. Even in little fashion games on ipad sometimes you’ll find offensive fashion items that can’t be deleted from inventory, shirts that say “join my cult” or have upside down crosses, etc. It goes on and on.

oh and so many gem matching and fighting card games have those awkward pedo swirls. And the spell casting type of circles, strange writing, with “the elements” etc (the people here better at understanding those things would know what that is better).