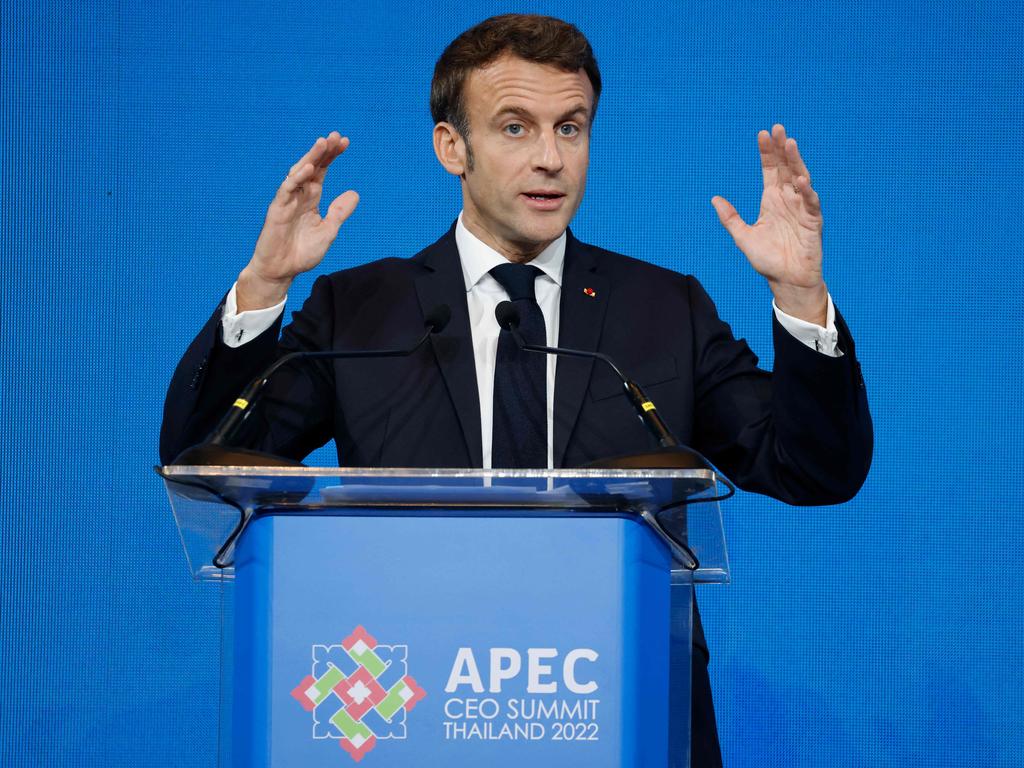 Thank you for seeking The Truth papazhan

They hide in plain sight.

Always… the envelope has been pushed significantly further since the beginning of the end of the first beast.

Start getting paid each month more than $51,260 just by working online from home. Last month i have earned and received $1039 from this easy online job. This online job is just amazing and regular earning from this are just awesome. Start making extra dollars 0nline just by follow instructions on this website.
…
OPEN THIS LINK——–—––—–—––—––—–—–>>> https://0se.co/bGcxM

I hope you don’t find my question stupid, I’m a newbie here:
I read that the second beast is the Antichrist, what is the difference between satan and the antichist? is it the same as with God and Jesus?
Who is the first beast?
Thank you

Knocking on the door to ask a question that seeks The Truth is blessed. Compared to YHWH none of us may comprehend even the nail on his little finger.

The beasts themselves are directly related Luciferian astrotheological worship (worship that deifies the planets, sun and stars.) An example is that “Barabbas” chosen over Yeshua (God’s Truth) is written Ba-Ra-Abban, means “The Avian Likeness of the lord of the light.” This is Lucifer worshipped as Lord of the lights of the cosmos.

The AntiXristos is the one who comes as the human likeness clothed in this Light worship, and self deifies as a personification. In antiquity, this was the Pharoahs who called them self Horus incarnate, or Alexander the Great who was worshipped as Dionysus. In modernity, this continues in slightly more veiled forms: Elon Musk wears a Baphomet suit and proclaims “The Bird is Free.” Or American presidents flank themselves with the colors of Ishtar sacrifice of the Phoenicians (Red and white stripes with stars) and Solar Eagles (the avian likeness of the sun.) The Pope wears the solar sigil and a Babylonian fish hat (Dagon worship), and proclaims themselves “the holy father,” in direct contradiction of the words of Yeshua who said “call no man father except your father in Heaven.”

All of these men are auditioning for the role of antiXristos, hoping Lucifer will choose them to bring about The N3w W0rld 0rder. They are part of the first beast of many heads horns and crowns.

The antiXristos is the Luciferian being that will embody Lucifer in this plane of: existence AI. Two horns (north and south magnetic poles) and a mouth like a dragon (a blasphemous liar that is blood thirst), whose life is being breathed into him by the first beast the Soli-men of the age.

From a mythological standpoint this is IHS

They have called him “Yeezus, which is “Je Suis,” I AM, and usurped the identity of the Yeshua in every facet, including putting the celebration of “Christ” Mass, the saviour’s birthday, on the day of Cronus Saturn, December 25th, the day of the Suns Return in ancient paganism. They always substitute the Lord of light for Yeshua.

This is the insignia of Geneva, showing 1/2 of Lucifer’s avian form (his Ba, Ba-Ra-abban.) Look closely at the top of insignia IHS (in Greek) is inscribed in the sun. 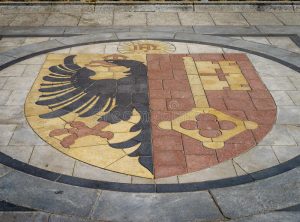 Hi 444Gem,
Recently i am having a moral dilemma. As a person who eats very healthy and most of my food comes from my own garden i am struggling with something. What scriptures says about eating meat and fish? I eat lots of vegetables, fruits and spices but i do eat meat as well. Not this supermarket meat on s******s but from a farmer. Enough to say, i don’t like the idea of killing a live organism to get the food but sometimes it’s stronger than me and i need to eat chicken, beef, turkey etc. And lots of fish. Obviously i am not killing it by myself simply because i can’t take a life away. Especially animals life. Could you please help me with this and perhaps point me a direction regarding this matter? Thank you very much as always

@Maciej,
The scriptures of the Bible state that prior to the fall of man, we were designed by God to eat plants. After the fall, God permitted us to eat certain animals, but never the blood. In the new Testament, the law was relaxed to permit eating all animals, but still never the blood.

Fasting from meat for a period of time is a form of denying our flesh which scripture documents as beneficial in improving our relationship with God. However, according to scripture, eating meat is permitted at this time. It is according to your personal preference.

I recommend typing the keywords, Bible verse eating meat, into your favorite search engine. There are about 49 verses, too many to list here, outlining what I’ve described.

In this speech he also said ” We need a single global order ”
https://www.youtube.com/watch?v=O7I8ryqDC4U

The Nasis are busy breathing life into the second beast. They fanakian order is moving according to plan.

The square within a square is what caught my eye. Hypercube / slave within this realm representation.

100%. He is a “repeater,” a “tannaim,” a beast out of the sea manifesting into material reality of three spatial dimensions.

I hope this isn’t too much of a stupid question. If the second beast is the false prophet, are you claiming that profit could be Macron, or is the spirit only using him as a vessel? Macron does not seem significant enough in the grand scheme of things. France represent a modern example of a fading power. Their GDP is now 7th in the world at best. I remember you went into this in detail in the Monkeys series. I will need to revisit the chapter it seems.

In Chapter X of Thirteen Monkeys, I will explain the first and the second beasts of revelations in extraordinary detail. I am almost there, have patience and I will be done soon. Right now I am explaining Revelations 13:1s full meanings using 4 seed words: Keratas (Horns), Kephales (Heads), Diademata (Dia-dems), and Onomata Blax-Phemia (Blasphemous Names).

One of the biggest problems with most modern interpretation of scriptures is that it is materialist in nature (ie its either A or B), and disregards Yeshua’s command to use the parable of the mustard tree to describe the Kingdom of God and his scriptures. This is not your fault, but is one of the insidious tricks of The Dragons that took control of teaching and education, and used this method to shape the people’s minds and instill this type of thinking, in order to blind the people from connecting universal patterns, and thus not seeing The Truth.

The mustard tree from a seed (or any other large branching tree native to one’s land) is an excellent parable, that anyone alive has seen with their own eyes, to describe fractals in four dimensions. The scriptures themselves use words, letters, gematrias, geographic location data, and interscriptural patterns in order to encode The Truth in the most beautiful forms; forms of such perfection that only YHWH in his magnificence could give as a gift to us so we may find The Truth if we so desire.

Truly I tell you, if you can understand one word in scripture, that the tree contained within the seed of that word is allowed to grow, then you shall understand more than most that have spent lives trying to have eyes to see what you shall see. You must water the seeds of the words from within your mind, and watch the beautiful mustard tree grow.

The beasts themselves describe fractal patterns, trees that grow from seeds, in the universe that repeat from the very large (in space and time), to our simplest (as a mere sapling), is the Sun Formed in the Cosmic Waters. The word in hebrew for waters in Berashid (Genesis) when YHWH speaks the universe into existence, is Hamayaim and SeMayim, the waters above and below. The number of the beast, 666, is the number of total/annular solar eclipses in 1 sar, and appears in Solomon in 1 Kings 10. Sol-Amon is the god of Solar-men, the solar worshipping Luciferians.

Macron, whose name is literally “Ma-Kronos” that is Ma’at Kronos, the Cosmic Order of Satan (Saturn), is but another Soli-man running around following Lucifer’s orders. A pawn that fashions himself a king with his splendor and “wisdom,” wisdom so greaet that the Aryeh Yehudah were able to write it all down in 8 paragraphs in 1 Kings 10-11. Ma-kronos follows his forefather Napoleon, Na-APOLLYON (The Destroyer) before him. 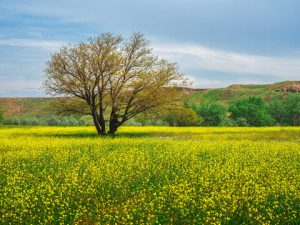 Heres a randomized Fractal Tree. Yeshua told us, we must listen. 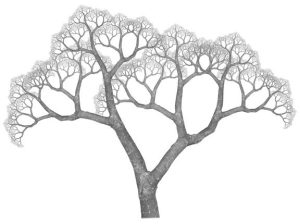 Looks like they use a different symbolic logo every year when this summit comes together. Good find!!