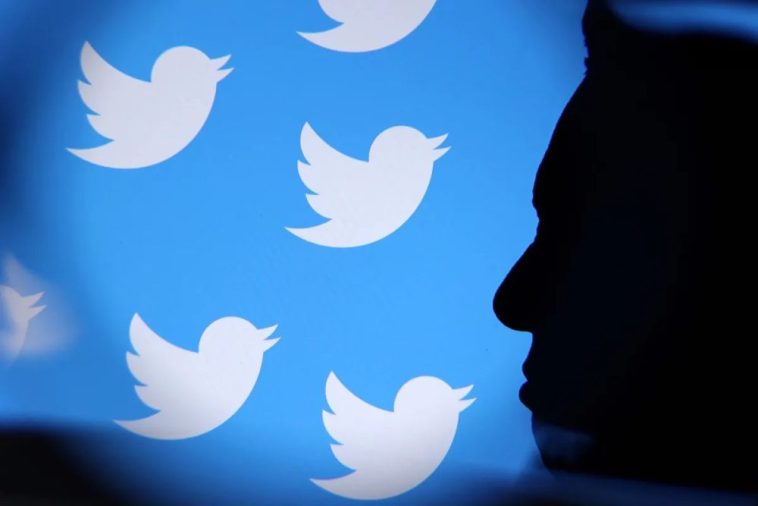 The heavily-trafficked news aggregation site CitizenFreePress.com has been suspended from Twitter for sharing a clip of former President Barack Obama, campaigning in Pennsylvania in 2008, discussing potential problems with American voting machines and demanding paper trails for ballots. CitizenFressPress.com (CFP) was not the only account to have shared the clip, though appears to be the only one that has received a suspension for doing so. Though the video can still be viewed on Elon Musk’s platform, it now carries a warning label which claims the video is “misleading,” as well as noting that the clip can no longer be replied to.

Citizen Free Press is not a friend of this site and won’t allow anything from this site to be posted there.

The guy (“Kane”) who runs that site is a total moron. He got into a spat with Steve Pieczenik over something awhile back. I was bored so I posted something dumb under the name Steve Pieczenik to see if he would comment. Kane took the bait like a good fish and ran around the site posting for hours to everyone that it was the real Steve Pieczenik commenting to him. The guy is a moron.

“Kane” doesn’t run a “Free Press” he runs a very censored site and vigilantlinks isn’t allowed in his club.

How in the world does this even remotely connect to the VC site? Because you basically stole someone’s online identity and trapped Kane? I go there for the articles not the comments..and definitely not to bait and deceive people.

“Kane” is a big part of the problem in our country. I highly suggest you check out the comments he allows and encourages over there. It’s not good.

Always with dividing the country this guy “Kane” is. Funny how karma worked today for him with respects to twitter, isn’t it.

Here is one of his latest headlines today posted shortly before he got kicked off twitter.

Funny how karma works, isn’t it?

His site loves to keep the country divided. I suggest you read some of the comments over there. I’d wager you wouldn’t be defending him with all the racist crap he allows to be posted.

Kane fuels the fire in our country. This is another one of his headlines –

Why was it necessary of him to label the race of the pundit? Please explain this. And while you’re at it tell me why a one time simple troll of him by myself is so much worse than this.

Link to this. The Mollie Tibbets murder was almost 4 years ago and I cannot find this article (I assume from 4 years ago)…If Kane said that then, yeah, it’s a douch move of course (but I want evidence nonetheless) but he was saying it as himself, not disguised as someone else, thats the difference. I also want to read the article he was referring too as well as I bet there is context you are hiding as too why he would have but “black” in this header, if it even exists.

Why are you asking for a link when you know you just recently denied my post linking his “Liberal Tears plastered outside Twitter HQ” above?

Go to media bias fact check dot com slash citizen dash free dash press slash. Yes it’s his post headline as you can now see. The fact you are casting so much doubt simply shows your bias for him.

As I wrote previously above. Go read some of the racist comments he allows pretty much every day there. And know this isn’t the first time he’s used race in his headlines. You should also know how quickly he deletes his articles if you frequent his site. It’s a nice easy cover for ones mistakes. Oh and “Kane” writes the headlines and attaches his name to them or haven’t you noticed?

You know, I have enjoy this site and have promoted it. Your unwarranted implications that I would lie about this have me thinking otherwise now. As well as your blind fervent defense of that site and it’s owner slash publisher. I also at one time enjoyed that site as an alt right viewpoint. Before I saw the divisiveness and anti black rhetoric that is often promoted there. I’ve dealt with enough of that in my lifetime. We all bleed red in the end.

I understand he attaches his name to articles he is putting on his site. I couldn’t find the one you were talking about and asked if you could provide a link so I could check it out, I wanted too see it lol I looked for it but it’s from four years ago I’m guessing, and since you quoted the headline to this story word for word I thought you could just send me a link instead of me searching all those years back- in an aggregated type news site like the press, that would literally take a couple days or more to search through. I’m totally with you, if he is saying racist crap I won’t link from that site as much or at all of course but I haven’t seen anything like what you’re describing. So I ask again, please provide the claimed racist link to the Tibbetts article so I can see the contex of the story with what this headline in question is talking about. Thank you Roadside Prophet!
(I checked out the comments section on a few articles. I didn’t see anything racists but did see alot of trolls on there for sure)

Funny I went to “Kane’s” first post in the last two days about a black man (Al Roker 11:21am today) and look what I found front and center. Two racist comments with plenty of upvotes. Also I noticed quite a few upvotes (14) to my comment here above about the racist comments constantly allowed and promoted over there. So evidently I’m not the only one who has noticed this.

in God we trust, all others pay cash

I did provide a link to “Kane’s” story headline above at mediabiasfactcheck dot com. And the least you could do is be honest and confirm that you did not allow my previous linked post to CFP. Now that you’ve posted and allowed it long after my comment here. Which is why I’ve spelled out where you could find it now twice. Again, “Kane” deletes all his stories shortly after posting them so there is no reference for them.

And these are copy and pasted from his Al Roker story since you apparently need some things spelled out in detail for you.

One last thing before you question it without looking for yourself. Citizen Free Press must allow different time zone postings? Since it shows his Al Roker story at 11ish and some of the posts in the comment section showing in the 10ish range. Go look for yourself.

I don’t know about that. I use it as a news aggregate and don’t go into the comments on there. I rarely post direct news that comes from the press but rather interesting articles that the site points me to that I may like, that aren’t written or personally published by them. VC posted a pretty good direct article from them about six days ago, go bug him lol

Can’t wait to see their faces…