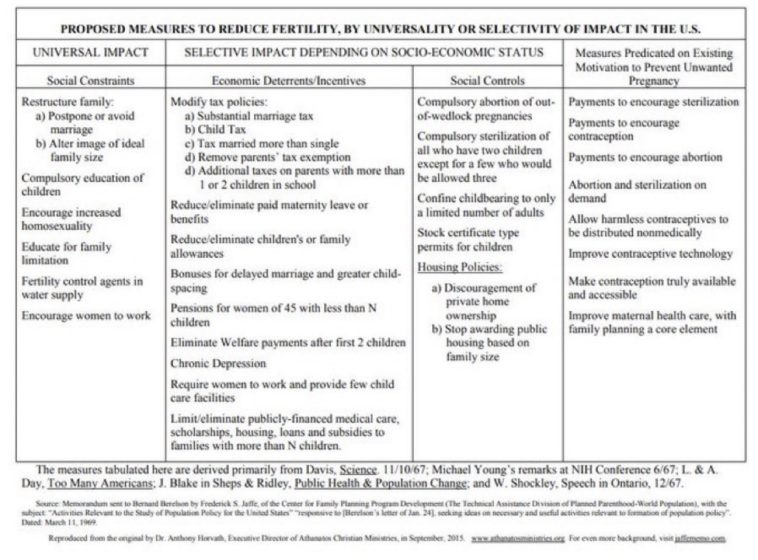 In 1969 Planned Parenthood Vice President Frank Jaffe produced a memo laying out the organization’s agenda how their services can be used as a means of population control. Some of which include “restructuring the family”, encouragement of homosexuality, taxpayer funded abortion, and sterilization. As of 2022 it appears Planned Parenthood has been largely successful in implementing these societal changes.

“When I worked at Planned Parenthood, there was something that we were not allowed to talk about. If we didn’t talk about it, then maybe no one else would either. It was called the Jaffe Memo. In 1969, Planned Parenthood was asked by the government to produce some ideas to help with overpopulation. They did just that. What is in the memo as a solution to overpopulation is astonishing. And, I’m sorry to say, it looks like the Jaffe Memo is starting to show its face in our culture.” said Johnson