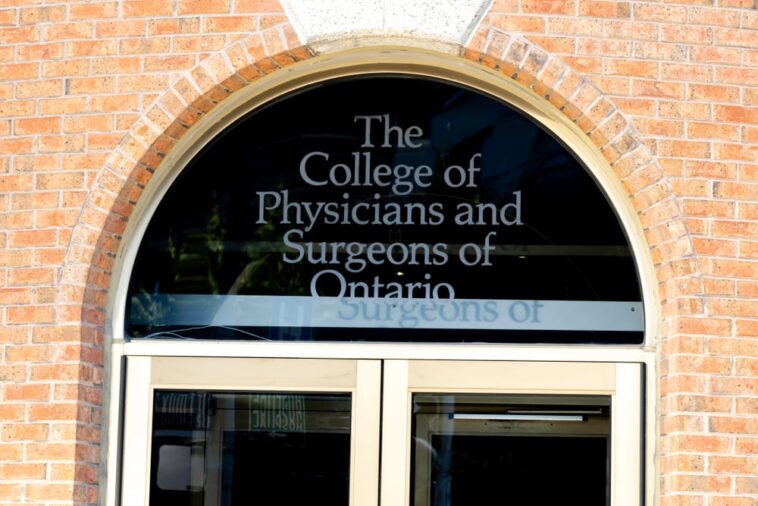 A recent notice from the Ontario College of Physicians (CPSO) reads as follows with regards to vaccine hesitancy,

“It is also important that physicians work with their patients to manage anxieties related to the vaccine and not enable avoidance behaviour. For example, for extreme fear of needles (trypanophobia) or other cases of serious concern, responsible use of prescription medications and/or referral to psychotherapy may be available options. Overall, physicians have a responsibility to allow their patients to be properly informed about vaccines and not have those anxieties empowered by an exemption.”

Will someone PLEASE figure out why they want whatever is in these shots in every single person on earth. Not only people but great apes, cows, tigers (anyone remember that story early on?)… The death rate is .02%. If they can do this for .02% what’s going to happen if they release something that kills 10%, 25%, 80%??? Giving up liberty, giving up your health, the economic impact… on and on for an .02% death rate? Really? And in children death is virtually impossible yet again they mandated it. WHY??? Shots that haven’t even been tested sufficiently and worse in 3 years haven’t changed. It’s these shots or nothing. That’s fishy.

We aren’t witnessing normal human or even scientific behavior.

Good observation. This is not about a disease is about something else in the vehicle. We are f****d blood banks are contaminated, even your pet can cause you to be “vaccinated” unknowingly. any medical professional still in the field is corrupt. Otherwise they are silenced, become unlicensed, sued. Their silence is criminal, their incompetence incompatible with the profession. Why do we need them, only to have the illusion of living? In my opinion, we need be wiped or suffer continuing. source of true infection: restaurants, and other places where people gather for a drink, red lamp establishments since professionals in that area are injected too, food (engineered food for putting in consumers the source of “infection”), pets and wild animals. The illusion of the law and freedom where the big guys steal openly and the little person is taken to jail,and the presence of idiots with opinions but no education to go beyond what they are served at the TV. In my opinion we need to be wiped or else with suffer continuing. So don;t be scared, you’ll die one day regardless. I’d prefer a quick one to reunite my spirit with the Source. This vacation is over.

Type in “monkeys” to the search box and you’ll find your answers.

i tried but i couldn’t understand the monkeys, too complex, not for everybody. Could you lgageharleya please give a simple answer from what you got from monkeys? That would be great

Essentially, this plan has been fully fleshed-out since 1995, and is intended to enslave humanity. People who got the vaccine, or were transfused after rollout, or possibly who have intercourse with those who did, now have read/write nanosensors in their bodies – they are actively transmitting biodata to the AI “brain” to train it into a supercomputer that will, quite literally, know every detail on every person on the planet. I have seen reports in which vaccinated people are recognized as bluetooth devices and can be picked up using certain phone apps. Each device has a product code as well, so they are now officially owned, legally, and no longer purely human (think cyborg).
These are going into animals, too, and as every living thing has an energy frequency, somehow the AI is also learning plants, minerals, water, etc. The ultimate intent is for Lucifer to become embodied in the AI and for him to fully become “god of this world”, knowing all and controlling all. This is the complete submission to the beast Revelation speaks of.
It contains other little perks, too, like sterilizing agents, the ability to not only totally control a person but to kill them with the flick of a switch, things like that. Astroworld, which was foreshadowed in the 13 Monkeys movie from 1995, was the first live test of this ability.
Eventually, it will be in everything, including our food.
Gem has stated that the only known way to remove the nanosensors is through ozone therapy combined with pine tea, because of several components it contains (there are other plants containing them, but pine is readily available and the concentrations are high).
Sounds crazy, but he presents all the evidence and I believe him.

There are many doctors speaking out on it and what they are finding in the shot, but they are censored by msm.
A good place to start might be a compilation show on
whoiskjozborne.com Watch one of the uncensored shows. YT kept giving him strikes so he went to rumble to not be censored.
No conspiracy theory here only what doctors and others are reporting and much more.
A good place to start for actual information

Q: And just why, pray tell, would anyone have an “extreme fear of needles”?

A: Oh, I don’t know, perhaps someone who has been forced to take one too many jabs that they didn’t want? (as in, ONE was enough for me a few decades ago to not want any more).

There’s no hesitancy, it’s a no, and there’s no world where I can change my mind.

It’s just like attributing rejection of a thing to “phobia”. It’s not fear, I reject the premise. But these words leave an open door for them to continue to “reasonably” press, then force and they also label in a way so that the masses look upon people with scornful pity for their unenlightened views. Pseudocompassion as manipulation. They always soften the blow so it appears reasonable and digestible for the go-along crowd when they gently shove it down our throats.

“EMPOWERED BY EXEMPTION” = exemption is the law, and to perpetrate their nefarious deeds *always they need our permission*… our consent is REQUIRED for the takeover of our bodies & lives.

“I withdraw my consent”; “I withhold my consent” is the only answer they cannot penetrate. That’s not only the law of the land, it’s cosmic law also, and they are well aware as is evidenced by the wording of their own teaching.