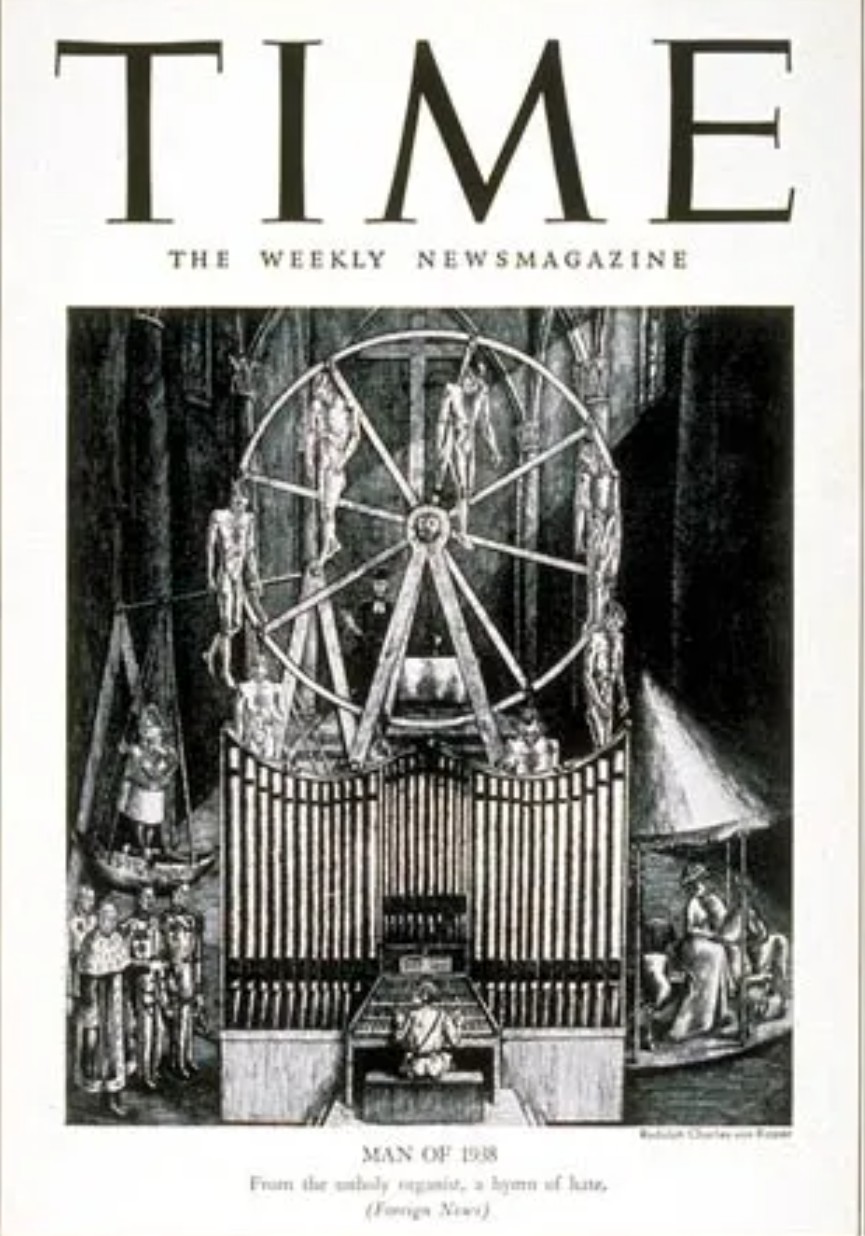 This one is definitely shocking but it isn’t just the disgusting photo that’s shocking, it’s the very idea that Time Magazine would name Adolph Hitler man of the year. It positively boggles the mind. At the same time, the logic behind the choice kind of sort of almost makes sense. Hitler was certainly one of the most influential men of the year – if not the most influential – even if he was influential for all the wrong reasons. Hitler was a monster. He certainly had a tremendous impact – although horrific – impact on the news of the year. Even so, it probably would’ve been much better to choose someone – anyone – else.

he wasnt really the monster THEY made him to be… history is a f*****g lie.

Yes. He was about of a fall guy for them but he was a monster too.

Yep, as it’s been said “The order-follower always bears more moral culpability than the order-giver, because the order-follower is the one who actually performed the action, and in taking such action, actually brought the resultant harm into physical manifestation. Order-following is the pathway to every form of evil and chaos in our world”

My husband and I were just talking about that today, how evil in society has a “guilt free loophole” so to say. The order giver says “Well I’m not actually the one who DID it” and the order follower says “Well, I was just following orders”… When really they are just all terrible. And they “escape guilt” in so many more ways too. Saying you’re doing something good (making an excuse as to why your evil is so great) is a big common one too.

Considering America brought his brightest minds here to soldier on…? I rate this comment as true.

Yes nothing has changed. Look who we give it to now….history rhymes.

It’s been in our faces the entire time. The Father woke those up that have a good heart and humbleness, the rest will remain asleep till the very end.

That image is very occult, it is the Wheel of Fortune from tarot.