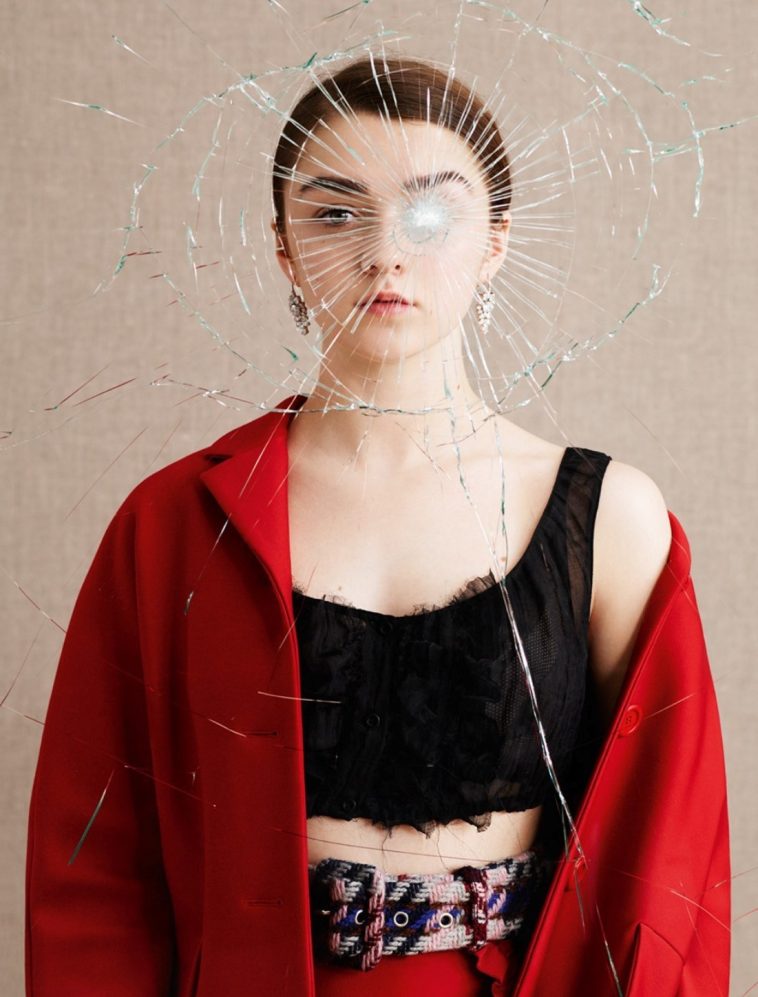 Games of Thrones star Maisie Williams talks about her traumatic childhood: “I was indoctrinated in a way. I think that’s why I’m obsessed with cults”

More one-eye hidden satanic symbolism of the cabal. Sorry, Maisie, but you’ve clearly sold your soul to the devil

She’s a husk, never had a soul to start with

That’s a bad mindset to start from, for anyone. That is what makes slavery not only possible, but inevitable and right.

can you explain one detail about the one eye symbolism: why some cover the right eye and others cover the left one. What is the difference in symbolism between covering the right or the left eye?

I remember hearing Fritz Springmeier talk about meeting up with people deep in the Illuminati. Some wanted out and felt trapped. He had such compassion for them, it blew me away.

When kids are pulled into this, it is psychologically devastating to them. Their abusers will make them do terrible things, and then tell them it’s their fault. David Shurter killed a kid when he was young, but only after his abusers tortured the kid so badly that it seemed like a mercy. Then they called him a murderer. Devastating.

Maisie is responsible for all her own decisions if she has done something wrong, including “selling her soul.” But don’t close your heart off to these folks. I know some people who have been through insane stuff like this, someone methodically broke them. They need Jesus just like everyone else does.

It’s nice to see some empathy for these people. Those who choose this path as adults may be beyond help, but those who were born into it and set on a path from early childhood never stood much chance.
I don’t think it’s fair to paint them with the same brush as the ones who sought to be part of this evil with full awareness and fully developed minds.

This is an intensely harsh photo, to me.

Begin with left eye, covered, shattered (blinded by clear shards forming opacity) as if someone threw or shot a rock – HARD – at her face.

The splinters spider out like a web, which also forms one huge eye encompassing her head plus the space she inhabits laterally by widest shoulder breadth in the 2D. The web ‘tines’ also resemble illumination (rays of light) all the more because they are made of broken glass, ‘light” “corona”.

She is in a red coat with one shoulder shrugged off to expose the left side of the chest (clothed (cloaked) reference to Freemasonry?

And the glass is broken in the form of Tanet/Tanit, who is Diana, Astarte, Artemis. This is the Queen Mother’s family?

However, she admits that because she was a child, she didn’t want to acknowledge the ‘traumatic relationship’ she had with her father and how it was affecting her.
Her interview makes any childhood negligible, she was bred for a cause.

Yet, like most abused children:
“I still wanted to fight and say these things aren’t wrong, that you’re just trying to take me away from my dad,” she recalled.

“I was indoctrinated in a way. I think that’s why I’m obsessed with cults! My world flipped.” Flipped towards, or flipped away….as an adult? This is open to interpretation.

“It’s all pretend but the emotion is real, it all just came to the surface. – Maisie Williams —–This is a quote I think we all should consider more deeply.

What is all the mental illness today? Could part be people who not only don’t experience reality but actively seek pseudoexperiences in varying manifestations, who prefer those controlled scripts over life, which can be messy? Are we already ¾ inside the metaverse already?

Here is a quote about how badly her childhood affected her, “”To be honest, I have been thinking about this a lot – it’s not because of me that these bad things happened when I was a child.

“I thought it was. I thought there was something inherently wrong with me, that it could be anyone experiencing the pain.

“It made me more interested in the guy. What could make you mistreat your own children? What happened to you as a kid? Did you pull the legs off bugs? Did you learn all this?”
(which to me is pretty lightweight unless “pull legs off bugs” means something far worse than just what that means (YES, I know it’s ugly, but PERSPECTIVE!)
Makes me wonder how much is being deflected here.

Or maybe she was told to lighten that line in order to speak at all and explain her tears.
I don’t know.
What it does seem, to me, is that they are tightening their ranks and that formerly reachable pain by good people from outside this “normalcy” for them is being addressed from within now, in whatever way. These people are becoming far less reachable by design. And their fans will become all the more confused as actions, words and intents further diverge.
It may just be a normal offshoot of the social dividing, as we are to have 3, maybe up to 5-7 classes moving forward.

Add on seeing the world as a broken shard of a mirror, representing her fractured personality from MK Ultra training; blinded by an invisible mirror broken into pieces; Maya, the sky mirror. Lucifer’s hourglass bending the light and warping her perception of reality.

can you explain one detail about the one eye symbolism: why some cover the right eye and others cover the left one. What is the difference in symbolism between covering the right or the left eye?

I am not sure about that. I have seen that various configurations are sending different signals and that these covers are like modern morse code in some ways. They even signal what, where, when and how to those in the know. These are meeting invitations.
I’d imagine it has something to do with neurology – we are generally more sided. If we can expand our mentation beyond these constraints, we can truly grow. I am attempting to grow cross-chains from left to right. I want my brain working as fully as is able.

I think it might be helpful to research what the left side vs right side of brain functioning does. This has opened my eyes in many ways.