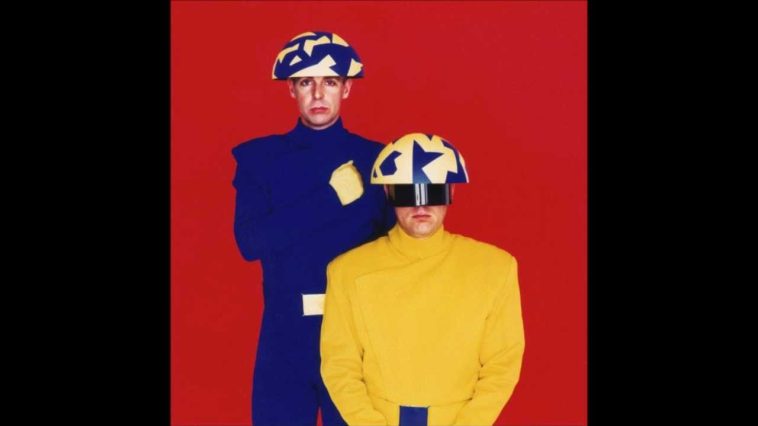 I recently rewatched this 1993 Pet Shop Boys cover of the Village People’s “Go West. “ The song seems like a silly, amusing pop ditty but the video is an extravaganza of occult references.

It starts with the Statue of Liberty, which is actually a depiction of the pagan great goddess. I have commented here frequently that I now believe that the goddess (Cybele, Astarte, Aphrodite, Rhea, Kali, etc.) is the female aspect of dualistically male/female Satan. The Liberty statue was given by French revolutionary Freemasons to American ones. In the video, a blood red version of her, the Scarlet Woman, transmits frequencies from her Luciferian torch across an equally bloody sea. Next she emits spinning red pentagrams. With the color and the stars, it’s more reminiscent of Russian and Chinese Communism than western democracy and we see imagery of Lenin later in the clip. In the Pet Shop Boys’ first hit, “West End Girls,” one of the lines is “From Lake Geneva to the Finland Station” which is a reference to the train ride taken by Lenin when he returned from exile to Russia not long before the October Revolution.

In the promo photo for this song, the singer Neil Tennant is making the Masonic gesture of the Lion’s Paw, a sign of the domination of Satan over the world, and it appears at 1:39 in the video. Another blatant Masonic reference pops up in the video right around 1:18: a giant stairway connecting heaven and earth and situated between two pillars topped by sun and moon.

The point of view flies up the ladder to the top, where the viewer is greeted by the Statue of Liberty again. This is very significant. The ascent up the celestial ladder is a metaphor for the esoteric practice of raising the two streams of kundalini energy, solar and lunar, up the ladder of the chakras in the spinal column. By raising it to the skull one supposedly becomes one with the divine. But the only thing waiting at the top of that staircase is Satan.

The stairway is referenced in the Led Zeppelin song “Stairway to Heaven” and in the occult book of the same name by Peter Levenda. The raising of the kundalini symbolized by the ascent up the celestial ladder is the secret doctrine of every mystery school in the world. The science of raising the kundalini is called tantra in the east and alchemy in the west. The video reflects the red color of the final alchemical stage, the rubedo. Note the troops that follow the Pet Shop Boys up the ladder are wearing red hats. The Phrygian red cap was worn by the original Near Eastern worshippers of Cybele, and is a symbol of Masonry and the French Revolution. It represents the raising of the kundalini to the skull and the completion of the tantric, alchemical process, the union with the false divinity of the fallen world, Satan. Sansculottes – Phrygian cap – Wikipedia

Not insignificantly, Lenin’s tomb in Moscow is situated under a step pyramid and the pyramids of the ancient world are all related to the ascent mysticism symbolism of climbing a sacred staircase or mountain. And the lyrics at one point say, “We will fly so high,” another reference to the ascent.

Near the top of the staircase the singer opens a door in the sky. It leads to illumination and ascent, a blinding white light, then more flying pentagrams and air surfers. The pentagram symbol itself has an alchemical meaning. It represents the fifth element, the transcendence of the physical world represented by the four directions and four elements. It represents the process of the ascent itself, and it ends up reigning over New York City in the video. The ascent is actually the completion of the Fall.

Thank you. I almost included a mention of how Lady Liberty sits on an island and British mythology associates the goddess with a western island, Avalon. It’s also associated with apples, like Eden, and like the Big Apple. King Arthur, sadly a false messiah figure as the once and future king, was taken there upon his death. World mythology has so many unifying themes, at this point I think it may be one of the earliest layers of the matrix, a construct set to mislead and entrap us.