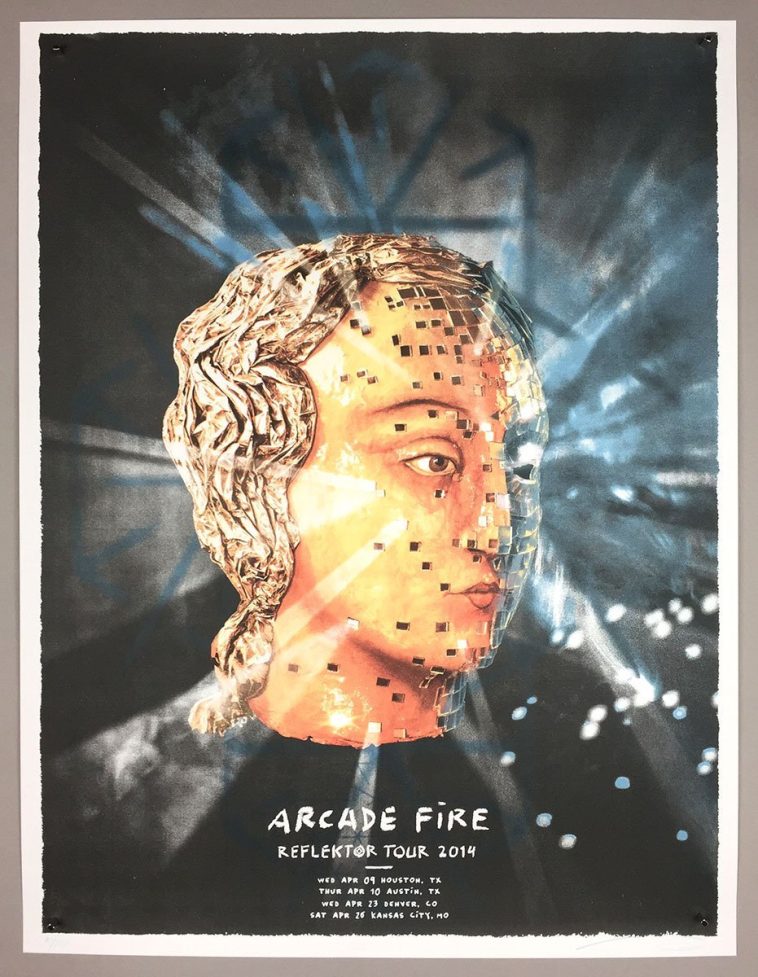 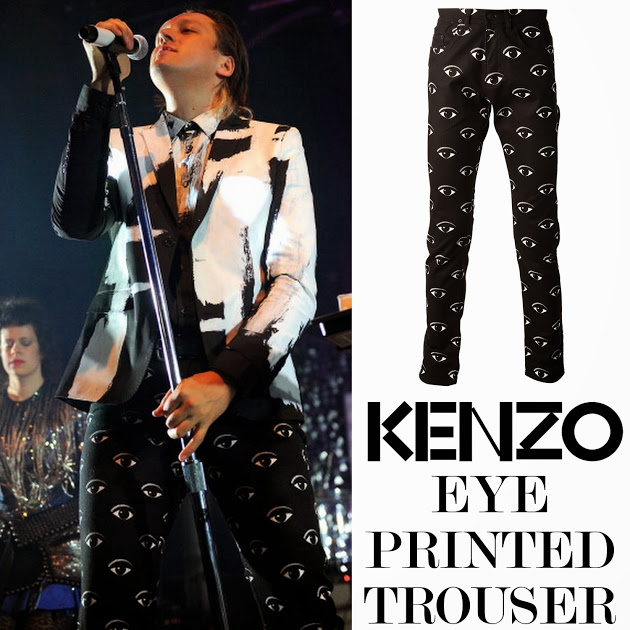 And a one eye tshirt. 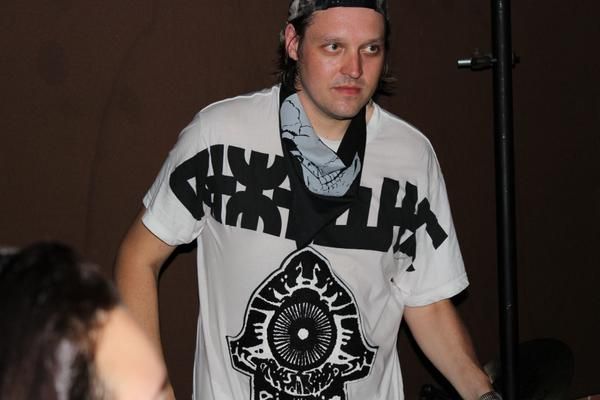 It is not surprising to see such symbols connected with this band.  The name Arcade Fire is an occult reference. Arcadia was the principal place of worship of the god Pan.  Pan figures greatly in the mythos of Aleister Crowley and other Satanists.  He is a variant of the horned god Satan, and the piper referred to in the song Stairway to Heaven. Arcadia is also mentioned in the famous painting Et in Arcadia Ego by Nicholas Poussin which has a long and storied connection to conspiracy theory through the mysteries of Rennes le Chateau and the Priory of Sion.  Sion is the alternate name of Mount Hermon on the border of Syria and Lebanon, where the fallen angels supposedly came to earth and the Priory is a supposed who’s who of Satanic Illuminati celebrities through the centuries.  From Wikipedia:  “A tomb with a memorial inscription amid the idyllic settings of Arcadia is first described in Virgil‘s Eclogues V 42.”  Virgil’s Eclogue IV is the source of what I think is a prophecy of the antichrist by the Sybil, the oracle of Apollo at Delphi:  “Novus Ordo Seclorum a mighty order of the ages born anew. Both the prophetic Virgin and Saturnian kingdoms now return. Now a new progeny is let down from the heavens. Favor, chaste Lucina, the boy soon to be born in whom the iron age shall come to an end, and the golden one shall arise again in the whole earth.’” Eclogue 4 – Wikipedia  Lucina is Juno Lucina, goddess of childbirth, but Lucina is also a name meaning light and I believe it refers to Lucifer.  I believe the original “golden age” in the Eclogue refers to the Arcadian era, when Satan ruled the earth in pagan times before Christ.  Nicholas Poussin is buried in Lucina, a section of Rome.   And I am convinced the Sybil is Cybele, another form of Satan, derived from Seebali, an ancient form of Kali. I think the name Arcade Fire is a reference to the kundalini, the serpent fire of Satan.

Thank you to Altiyan Childs for cluing me in to the Eclogues in his video exposing Freemasonry, and to VC for posting it. That prophecy is a key that has solved a number of puzzles for me.  I think the entire purpose of occult sex magick is to create the antichrist, to rule the world again like in Arcadian times.

So, full disclosure on my part, I was an avid fan of the band up until their Reflektor album. I adored their previous works, “Funeral”, “Neon Bible” and “The Suburbs”. I can still recall watching the video for their eponymous “Reflektor” video and being slightly shook by the occult imagery. I didn’t yet realize what it was as I was still fairly oblivious about such things when it was released. Seeing it again recently and it was rather obvious. While I still enjoy their previous work, I no longer consider myself a “fan”. Here’s hoping they abstain from future adherence to occult practices.

VC actually had an article about Reflektor, thought I am not sure it’s still up. I have been appalled to go back and look at some things I liked when I was a kid, and to see what they were actually about and what was being sold to me. I no longer trust anything to do with the established entertainment industry.

Totally agree It is irksome / disturbing to look at all the music and movies I used to love. Seems like every time I look back at some song or band or movie / actor used to think was great and realize – oh dang this stuff is really twisted how did I never make the connections. When I really think about it – there was a part of me that knew this stuff was occult and something is off about it but without God it seems like it isn’t all that harmful it’s just another person’s point of view.

I watched all of Atliyan Childs video and you were right it is well worth the time – he is truly devoted to God, truly courageous and had some great information.

Off topic but Win is in the news this week for sexual misconduct extending back to at least 2015. I think 4 or 5 people came forward with the allegations. Will be interesting to see the outcome. Great post and article!!

Thank you! That’s actually what brought this to mind.

Great analysis! I too like their early work but the occult stuff turned me off later. VC did an article on Reflektor when it came out, but it appears to be gone from the site unfortunately.