“Greece 2000” is a song by Dutch progressive trance duo Three Drives released in 1997. It peaked at number 12 in the UK and number-one on the UK Dance chart.

Lot’s of butterflies flying around the Greek Gods landscapes. Masonic checkered patterns matched with pillars as well as pyramids wrapping around the Grecian statues throughout. A large Saturn is seen as well as planetary systems. Floating crystals can be seen towards the end. Lots more symbolic references to dig into for sure.

The statues themselves are the most occult part, pagan gods. I have commented several times lately that I believe at least one aspect of Freemasonry is the worship of the Cabeiri, “deities” at the core of an ancient mystery cult. Cabeiri | Facts, Information, and Mythology (pantheon.org)

Day before yesterday, when I woke at 3:15am (which I always do now, or thereabouts) I was weirdly reminded of KLF and I looked them up briefly. I am so grossed out that I sang and danced to their trance worship, mindlessly. “Justified and Ancient” — I am disgusted.

I found out all kinds of red flags about them. They are occultists who used to hang out with Alan Moore who I think is a true Satanist. They burned a whole bunch of their money in a fire sacrifice. And I think the Ancients of Mu refers to the demons and Nephilim fom the world before the flood. I think that’s why occultists are obsessed with Atlantis, it is the old world ruled by the fallen angels and they want to restore it.

Moore is a Kabbalah pagan and even a open anarchist. But the main god he worships is Glycon who is a Roman snake puppet god. Glycons owner Alexander pulled off a seriously successful con since he was able to form a cult based around a puppet.

Again, this just looks like vaporwave aesthetic to me. 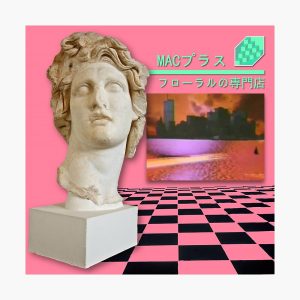