The West’s obsession with gurus has made him a regular on podcasts and panels. Critics say he’s “a neoliberal guru for neoliberal times.”

At the same time, his appearances abroad — including speaking at a United Nations convention of religious and spiritual leaders in 2000 and giving interviews on the links between spirituality and economics at Davos in 2006 — helped grow his reputation outside of India. By 2006, the Isha Foundation had established a North American branch based in Tennessee. A dozen years later, Loyola Marymount University even bestowed upon Vasudev an award for being a “bridge-builder” between cultures.

He also has ties to Klaus Schwab & the WEF. Surprise, surprise… 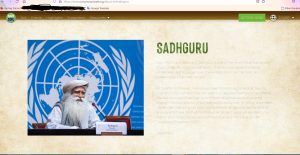 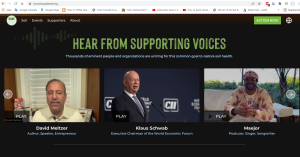 Alex Jones calls this scumbag out. Say what you want about Jones, but he absolutely destroys this guy in the video below. Really funny too.