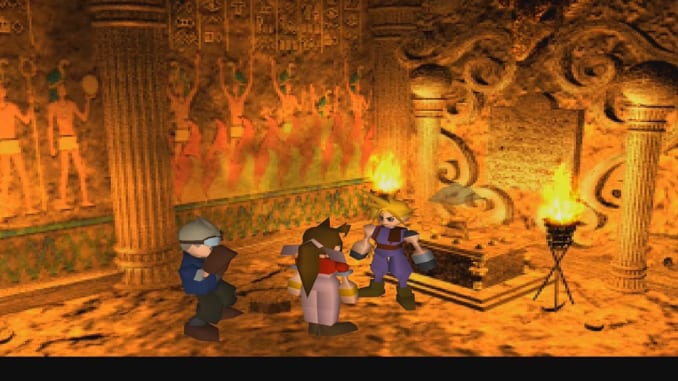 The pillar/globe arrangement displayed at the altar of Final Fantasy VII’s “Temple of the Ancients” (1997) is conspicuously similar to that of the Masonic pillars Jachin and Boaz. The hieroglyphic murals in the background illustrate a prophecy in the game, which describes the summoning of a catastrophic meteor to destroy the earth. The game’s villain, Sephiroth (named for the Kabbalistic Tree of Life), intends to summon the meteor to usher in an apocalyptic scenario which he believes he will allow him to transform into a deity. Sephiroth’s actions are directed by an extraterrestrial parasite called “Jenovah,” a corruption of the Hebrew name Jehovah (i.e., “Jehovah + Nova,” or “new god”).

Our true history has been hidden from us. For all we know, Jehovah IS the bad guy. We know very little of the truth regarding the Gods and demigods that ruled in previous ages.