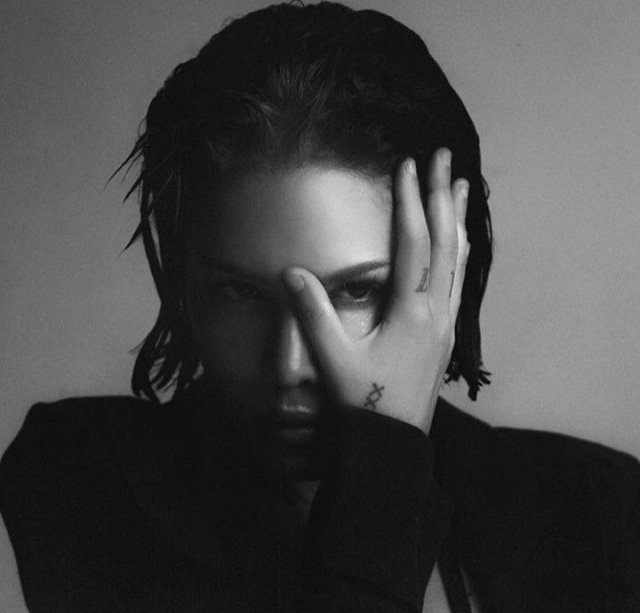 Halsey is no stranger to the subtle clues indicating one’s affiliation to the elites. In fact, she demonstrates it every chance she gets.

Here are a couple of examples of her using Monarch butterfly imagery common to MK Ultra slaves. This is the cover art for her Without Me single: 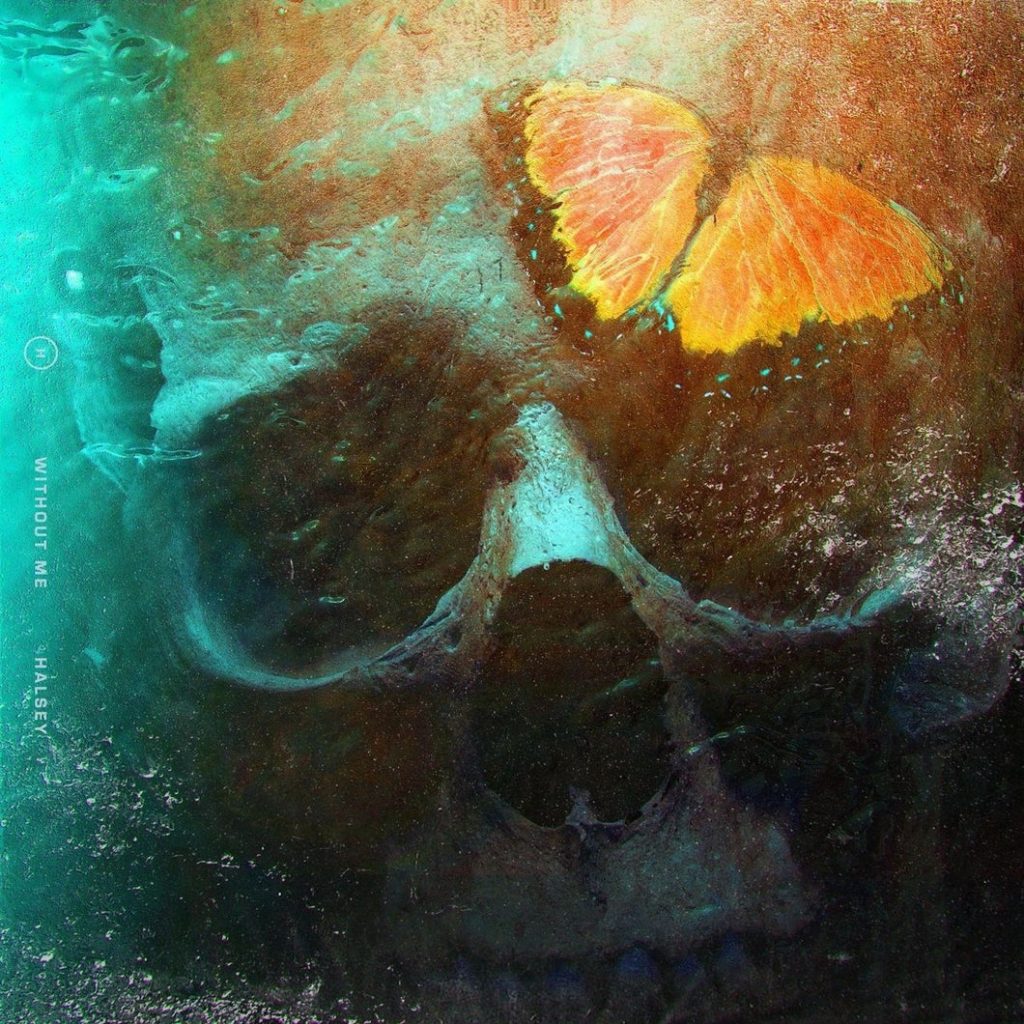 And here is the poster for the Hopeless Fountain Kingdom world tour. Note the bleached hair she appeared with around the release of her sophomore album (which coincided with numerous twitter scandals where she was presented as a braindead brat): 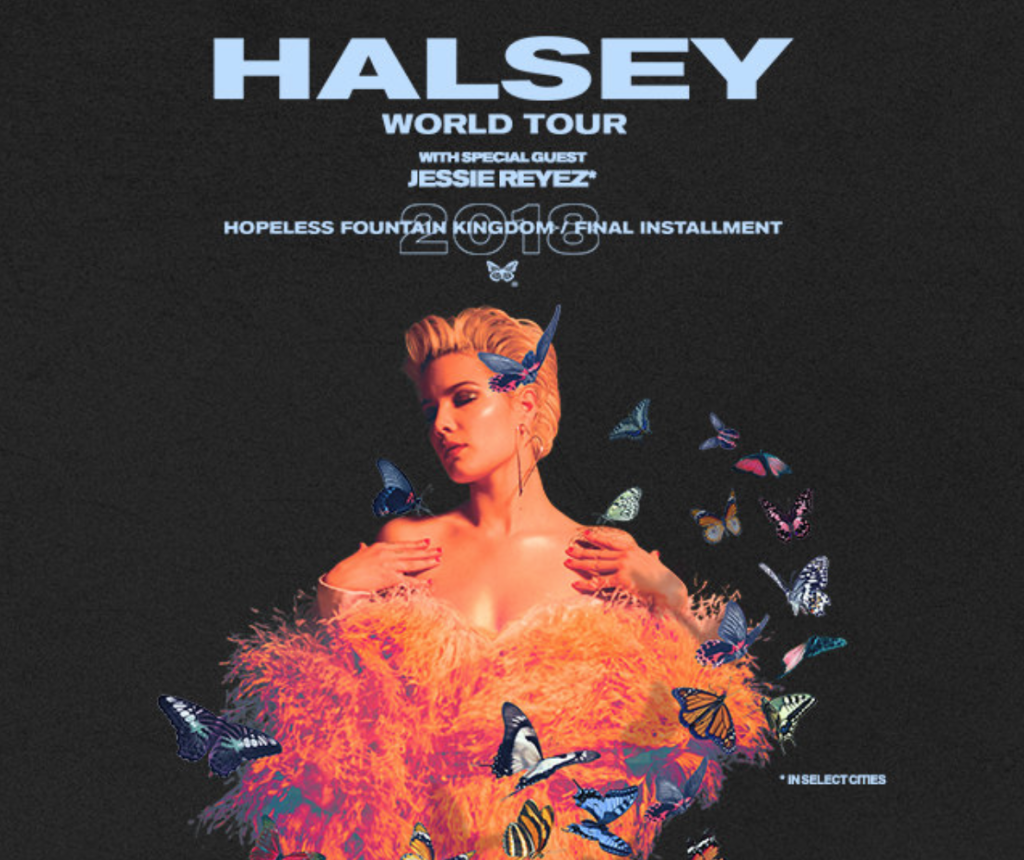 Speaking of world tour posters, here’s one for her Manic tour. Halsey is famously bipolar, but one could argue there might be something else going on. 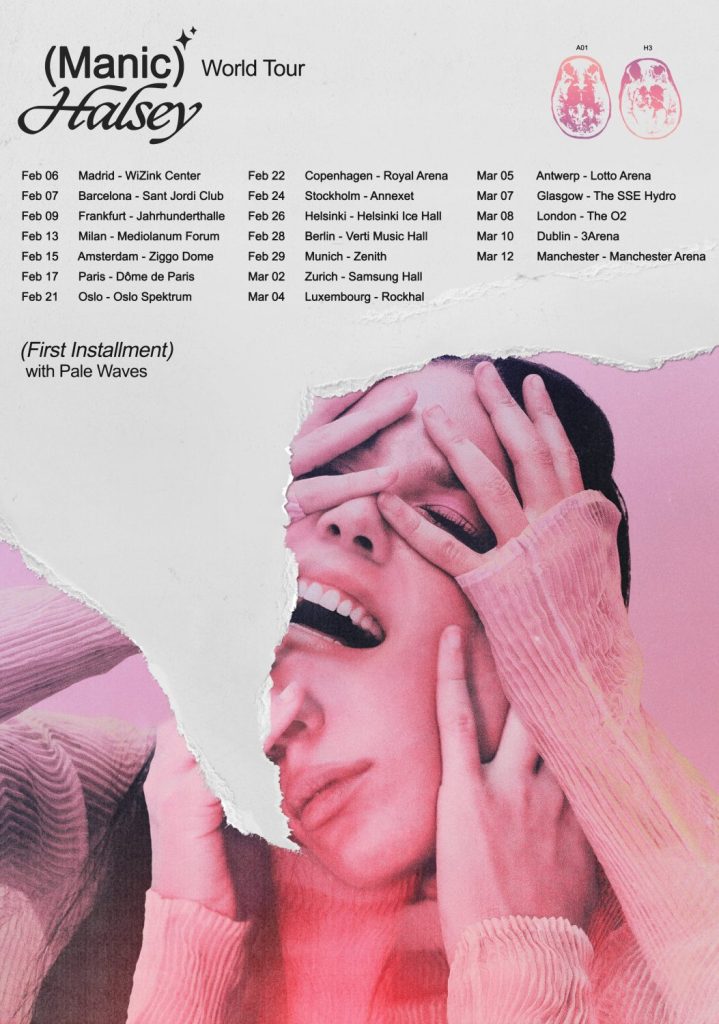 Gender swap? Check. She was proud to “go full drag” for this shoot. 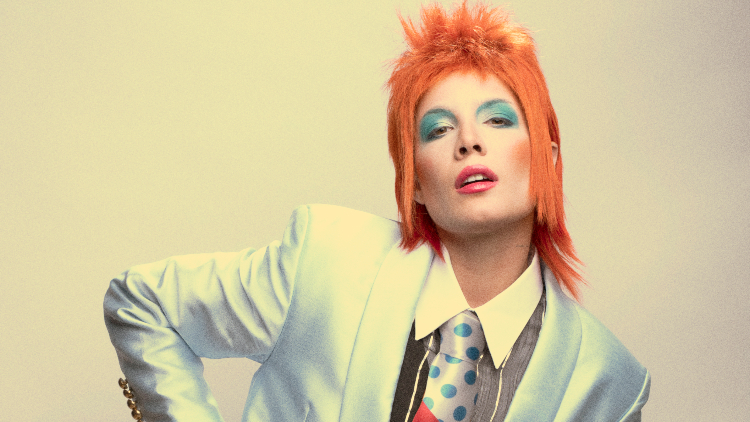 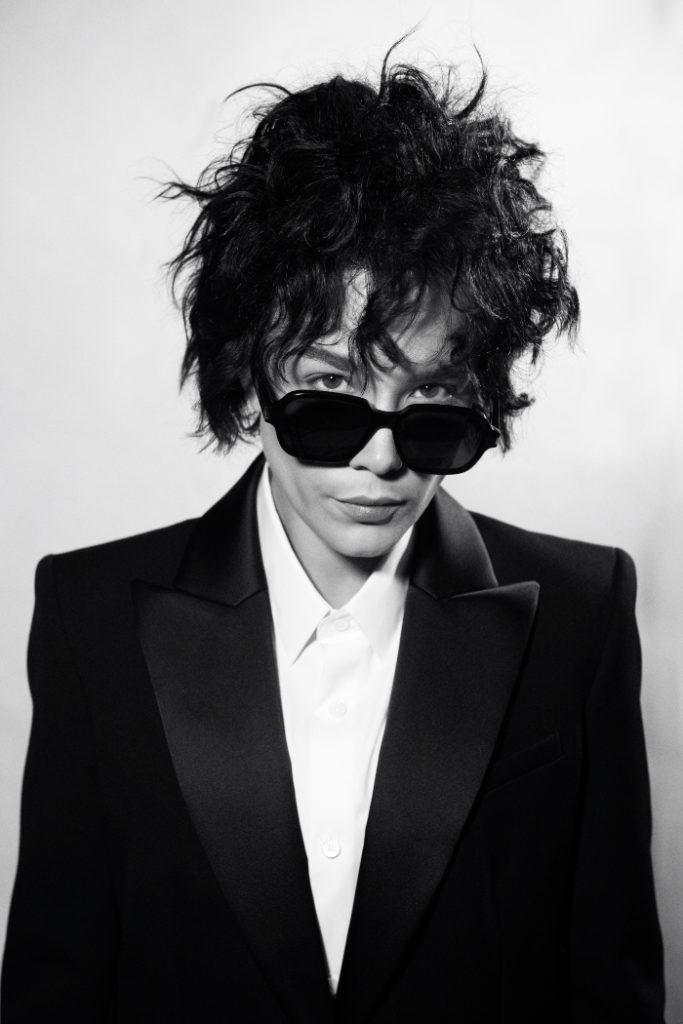 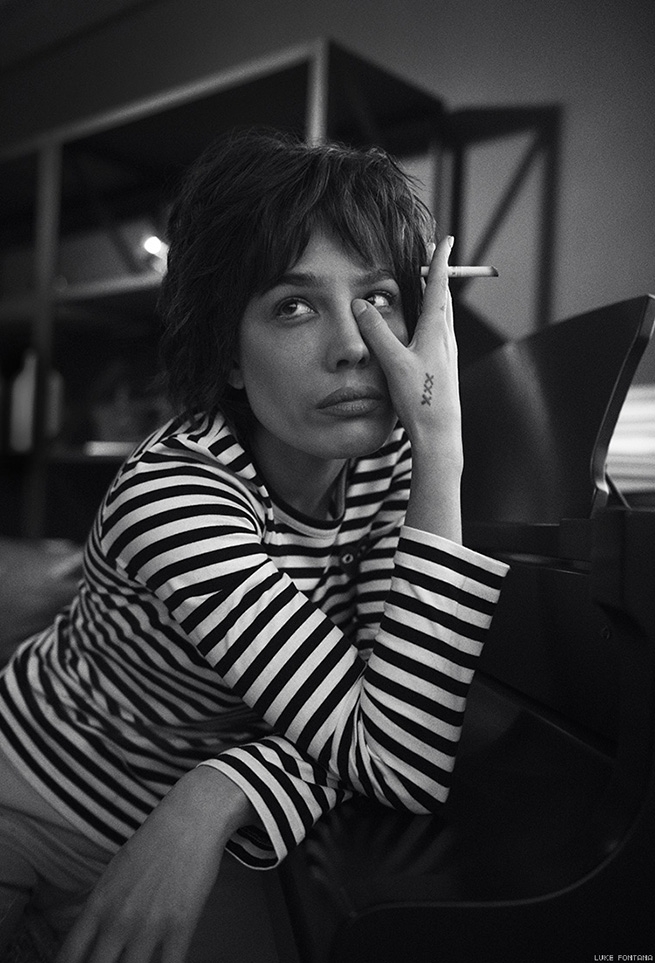 As Jagger. Note the hand positioning; 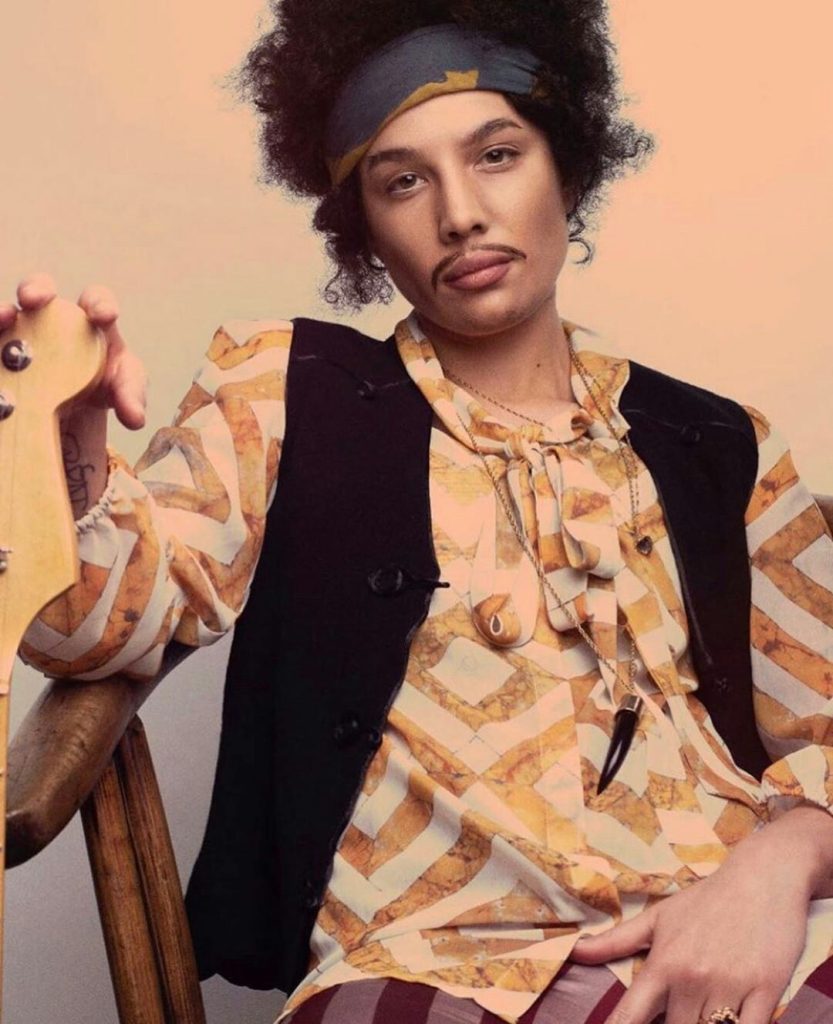 As Hendrix. Always giving just enough to make it seem artistic. BTW, do you know how the article containing these images is called?

Transhumanism? Check. This is Halsey for her About-Face beauty company. 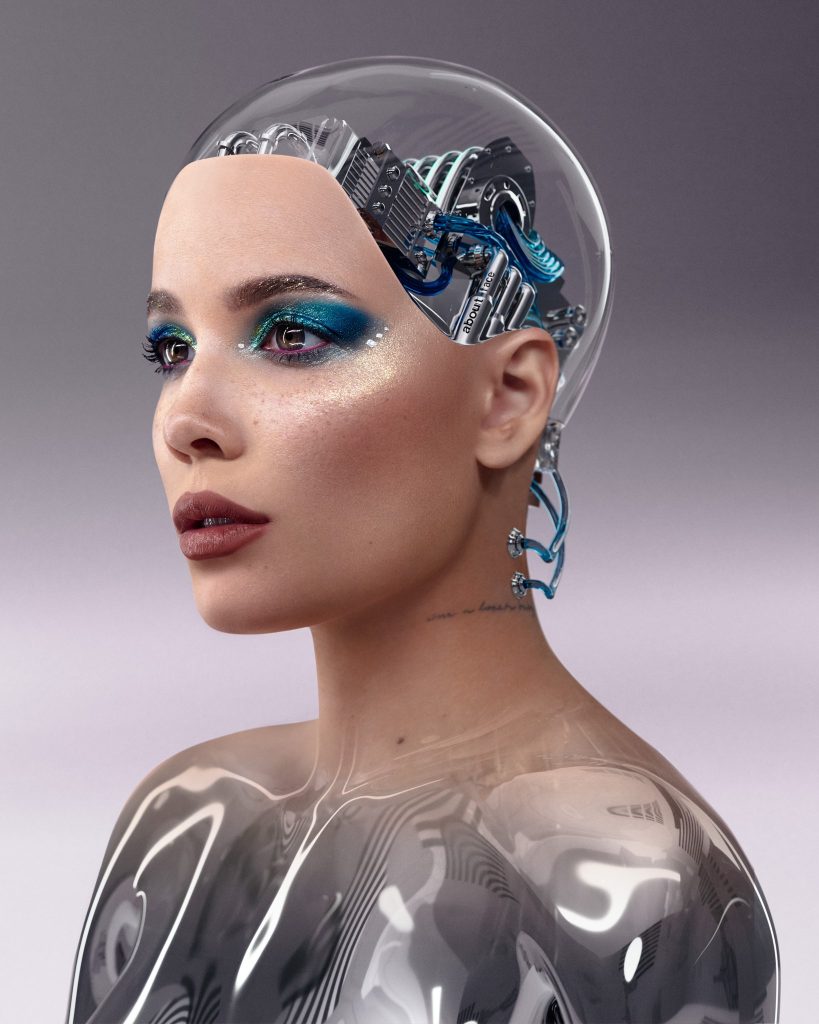 Here’s another one made for the same company. 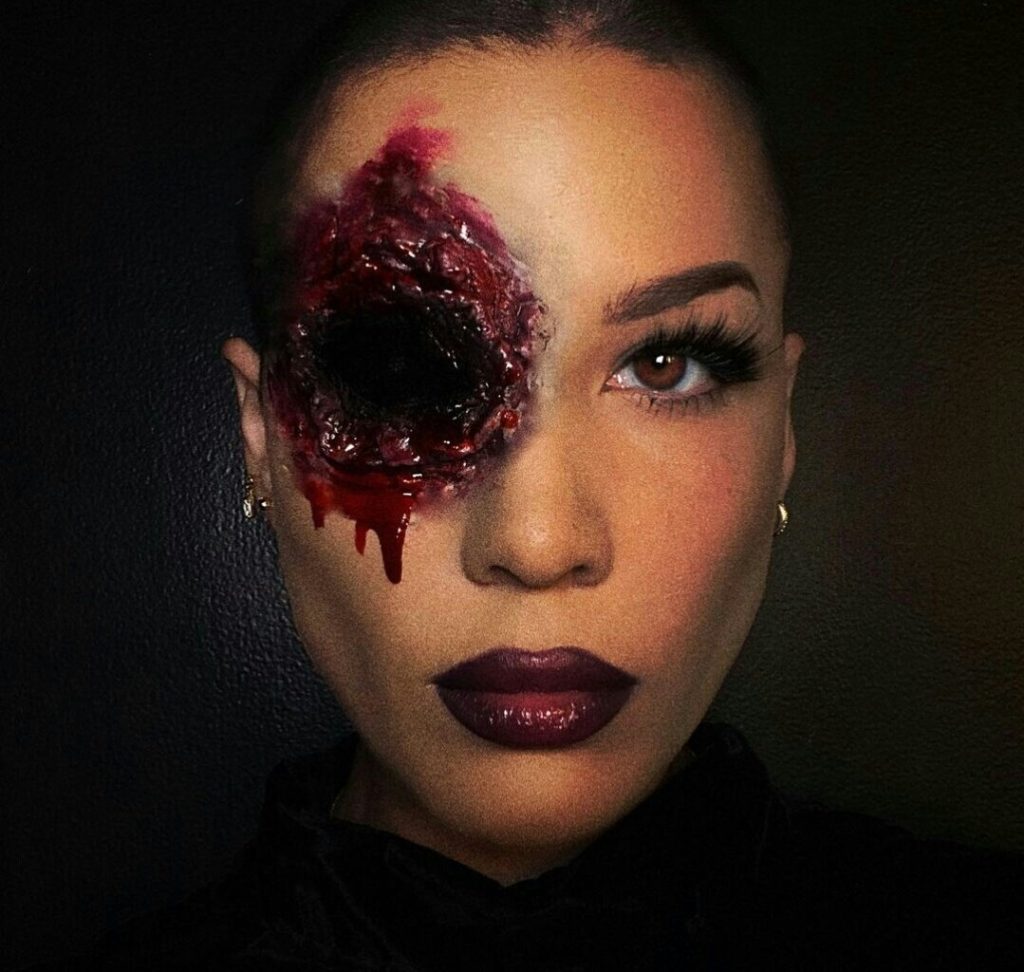 More one-eyed imagery? How about a glitter bruise on the cover of her Manic album? 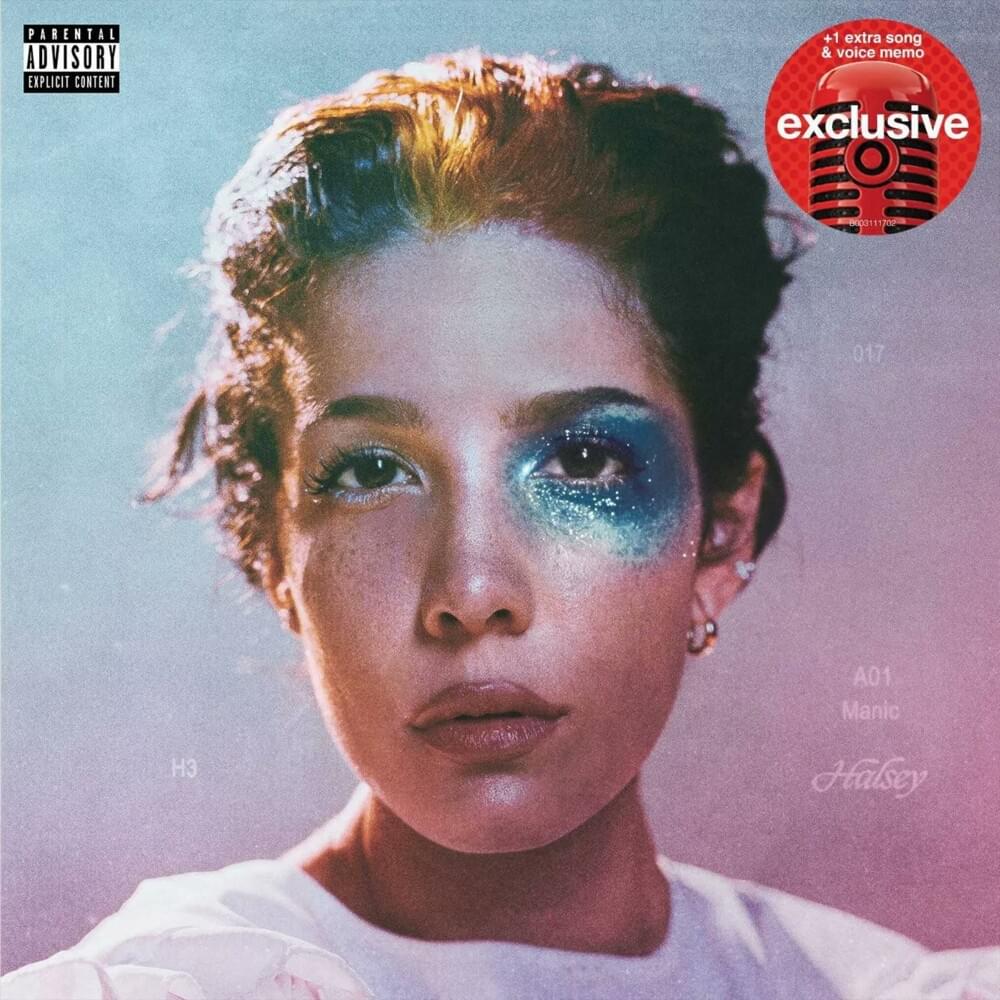 All in all, what Halsey does best is the one-eyed symbol. It is EVERYWHERE. 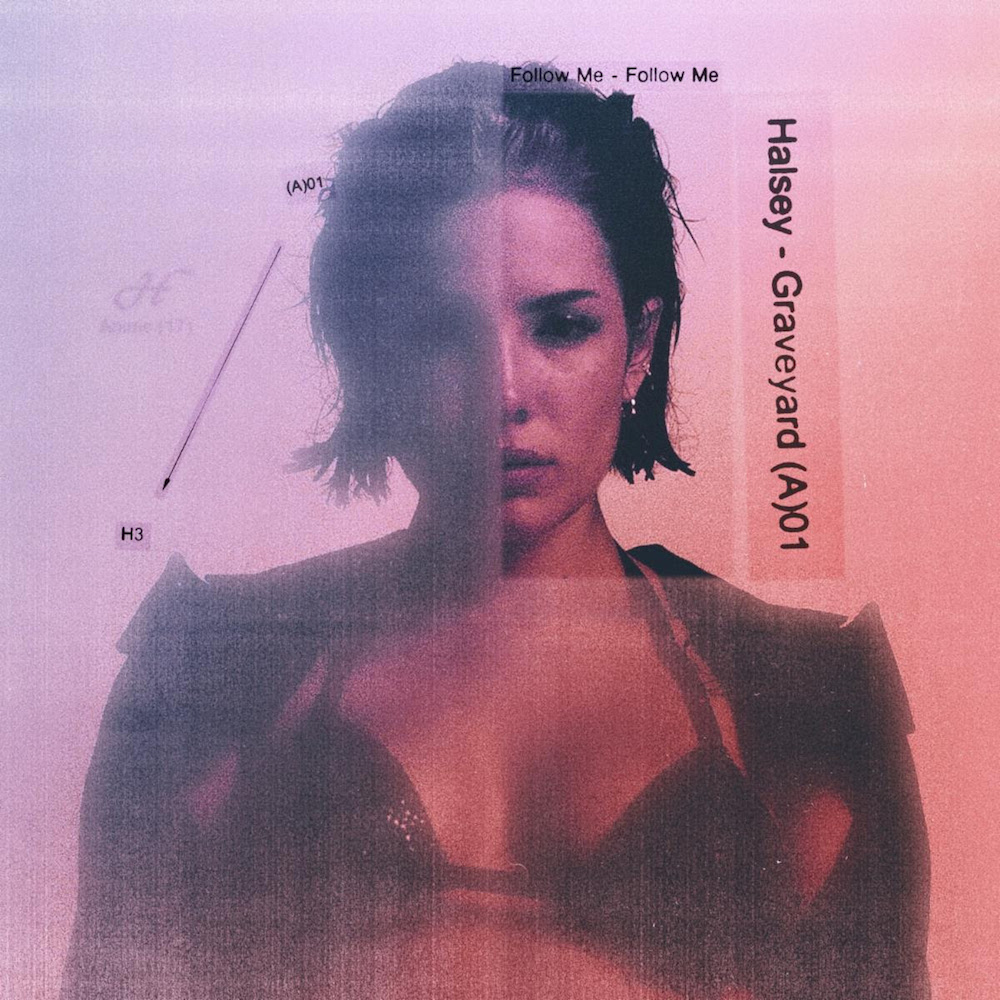 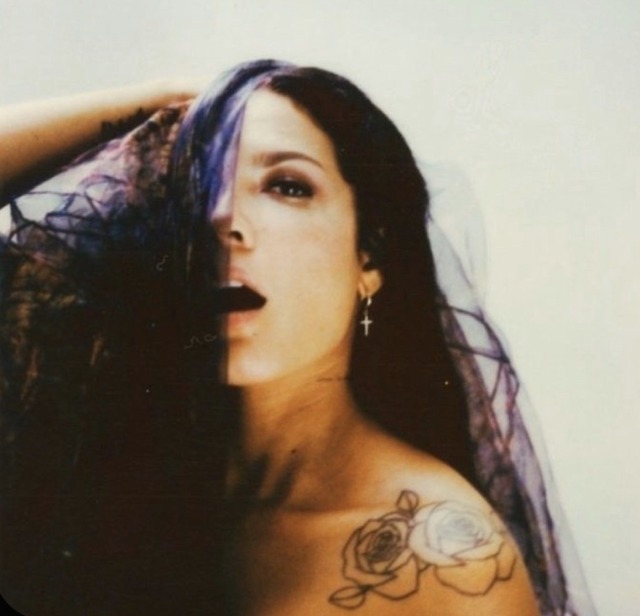 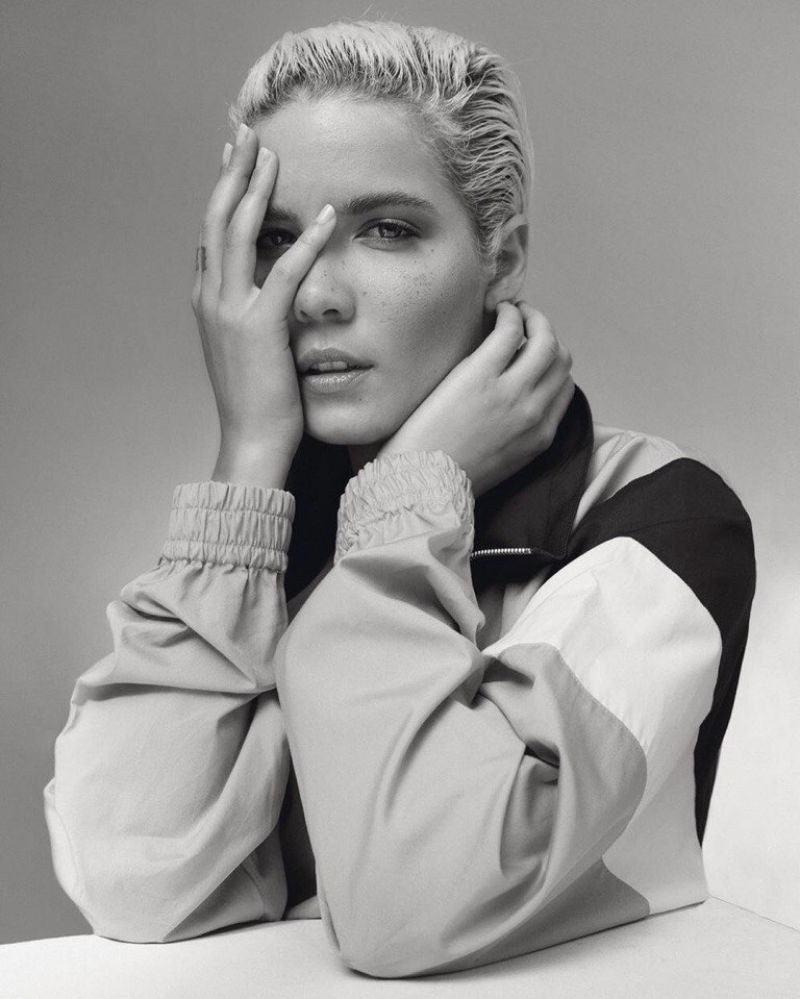 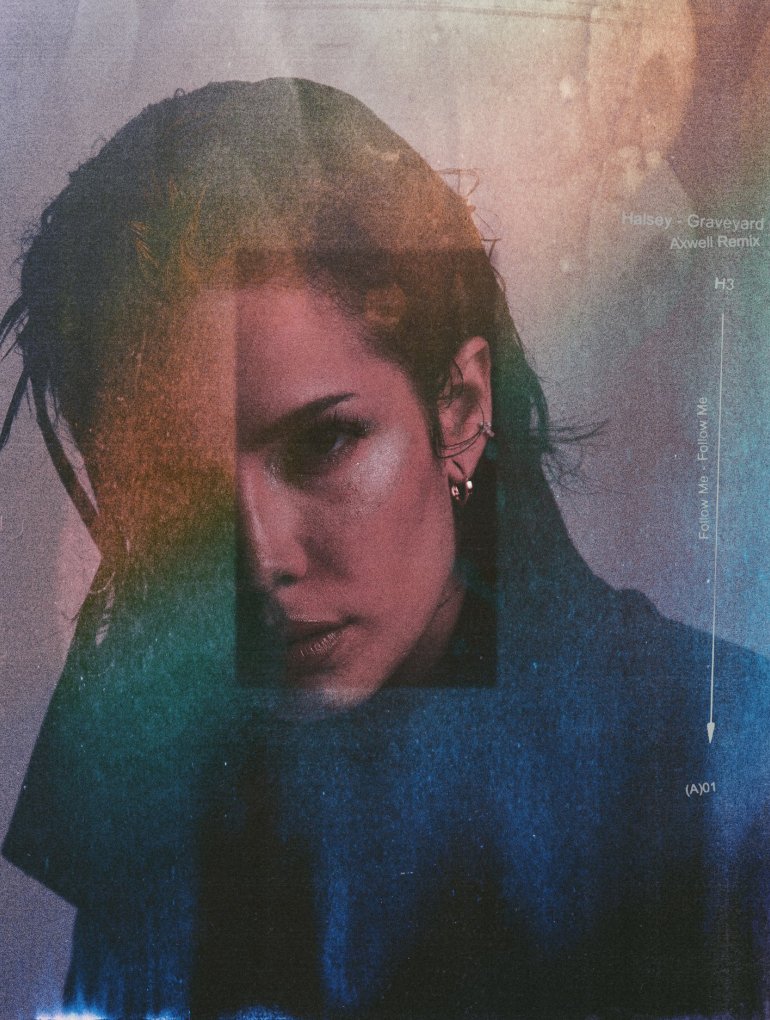 Bowie, Jagger, Dylan and Hendrix all have Satanic connotations of their own, no accident in those choices. It reminds me of how every female artist does a Marilyn Monroe photoshoot at some point.

True Fleurdamour and Marilyn Monroe was another pawn.

ooooh great catch. bowie and jagger are self-explanatory, but i’m pretty sure i read something mk-ultra related on dylan and hendrix (military locations? cia? family in the military? something of the kind).

Another Britney … I feel sorry for the baby. I hope she doesn’t have to sacrifice him. It sound horrible but these people know where they are getting into when they choose that “path”

agreed, i’m sure she’ll start messing with his masculinity pretty soon.
always welcome. i plan to make compilations for different celebrities from now on, there’s a lot to cover.

how is the woke mob of twitter not losing their s**t for a white woman to “appropriate” a black man’s image by dressing as Hendrix? I couldn’t care less, but it just emphasizes the hypocrisy of these idiots to me.

Halsey is biracial. Yes, I know she doesn’t look it at all.

as correctly stated below, she’s biracial. but i agree, she’s very much white-passing and taking advantage of her roots only when she’s being called out for s**t like this. if you have to wonder whether it’s appropriate for someone to dress up as a black man, it’s probably not.