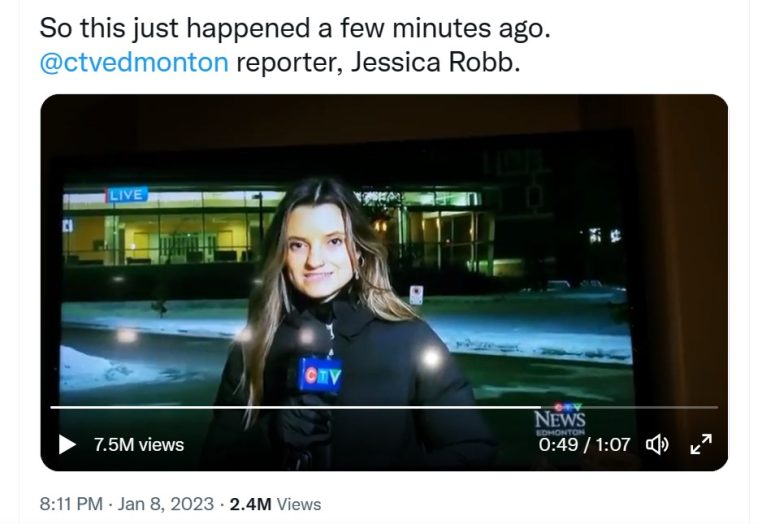 Another medical “malfunction” in a younger person.

Creutzfeldt-Jakob disease I’m guessing…Symptoms include a rapid onset of impairment and decline of cognitive functions… But I will just say it’s the shot doing this imo. However there people that have been diagnosed with CJD but it’s laying dormant and don’t have symptoms until they got the shot.

I see, thank you. I still don’t watch mainstream news, only read about it, so I miss a lot.

I don’t eithier..I looked up what CJD could be and that disease popped up lol

Haha! I usually think to do that. Just not feeling so well last few days. Off my game!

Hope you get better soon!!

Thank you very much. I hope so too. I feel like I am on the cusp of some understanding I realize in pieces, but that haven’t fully melded. I don’t think this is supposed to be just accepted.

It looks like CJD because it manifests a similar pathology; loss of cognitive connectivity. This is classic multiple cerebral micro-thrombosis in the cerebellum which is occurring across the world due to the spread of the C0V shot.

The Cerebellum is responsible for balance and coordination between the brain, the body, and most executive functioning. 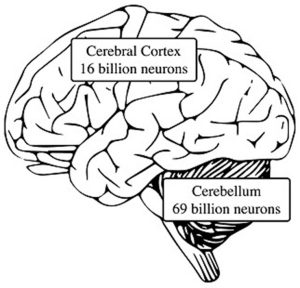 The cerebellum, in the allegory of computers (which I don’t like, but will use as a teaching tool), acts like the RAM and Processor of the brain. It coordinates us actually doing whatever we do. It is also fed by its own artery called the Posterior Inferior Cerebellar Artery which comes directly from the spinal chord.

“The cerebellum constantly uses information from the cerebral cortex to compute (and create) better ways of doing whatever we do. Think of the possibilities.

Full info can be found here:

You may remember that there were significant issues with spinal fluid autoimmune nervous system disorders such as Gillian-Barre and Parkinsons Syndromes being initiated, re-activated or worsened by C0V and the shot. This has to do with the autonomic nervous system, controlled from the spinal chord via the cerebellum, having nano particles, and later nanotechnology from the shots, enter into the nerves and the nervous system so as to mine biodata of the nerves, which are our channels/pathways of bodily communication. This caused the immune system in some people with sensitivity to attempt to attack the foreign particles, but instead then perceiving the nerves themselves as foreign.

We see that the reporter begins to first feel confusion and having trouble speaking (typical cerebellum stroke sympton) and then later loses control of her movements (only seen for one second or so at the end), and then likely fell over. This is a classic stroke-like symptom caused by a tearing of the tissue from the nanotech which causes significant micro-thrombosis (tiny, but very numerous strokes.) 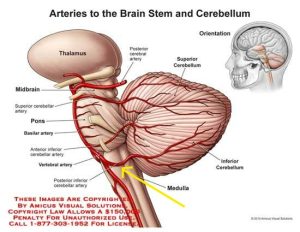 Microsoft owned patent W0-2020-060606 filed on 3/26/2020 (6 days after Happy/Apis-talisman day) discusses mining this bioactivity, referencing patents that use nanosensors, in order to train an AI with human brain and bodily activity. They are doing this en masse with the C0V shots.

Microsoft subsequently purchased Blizzard-Activision in 2020-21, which makes several massive multiplayer online 4D world games. These games are ideal training grounds for an AI system to be able to monitor human interaction within a simulated space of the real world so as to then be able to apply it to real world scenarios.

This type of simulation to real world training of an AI neural network has been used by ITER (out of the “eater something eat” says Shamesh-On the black Sun in Judges) to successfully train AI to control plasma nuclear fusion at the time scale of nano-seconds, first using a simulation training designed by humans, and then applied to the real world.

This is exactly what was warned of in the chapter of OVATION. The Luciferian symbiote extends its grip silently, with only those that suffer sideeffects of cerbral micro-thrombosis on a live broadcast serving as public evidence of this ever increasing phenomena. Eugenics and real time cerebral control in one move… a COVert IDentification Program.

Semi-related. One thing that keeps coming to mind is that I’ve been hearing that you can lose your pureblood status by swapping body fluids with someone who is injected.

Dating and trusting your partner is tough enough as it is, but now we also have to worry about them lying about their vaxxx status. It’s like having AIDS and keeping it a secret.

Just an idea…A couple years ago they devolped a at home rapid blood test that could confirm if a person has been vaccinated but it hasn’t hit the market yet. In 2021 testing showed it was at 85% accuracy at detecting the vaccine in someones blood, probably alot higher now.

My husband is in the Space Force and supports my non-jabbed status and my thinking behind it. More importantly, we’re on the same page that no one is coming near our children with the thing. That being said, he had something like ten anthrax jabs for desert storm and looked at taking the thing as his job. Maybe he got one of the blank batches because he’s healthy and I’m healthy. However, Dark Horse briefly talked about shedding last week (I know it’s different than exchanging fluids) with relatively little credence. So I’m wondering how affected mixed couples such as myself and my husband are by this concern.

@444gem maybe you can help her? I was a military wife and can only imagine her deep worries.

Remember, AE, I posted the various supplements for detoxing the shot, including links to Dr. Thomas Levy’s work and the suramin……good for both parties – jabbed and unjabbed…..I’ll see if I can find it….

Check out this post….it is also on VL’s sidebar under “most commented” list….

Scroll down or search for “ralphie” and follow the thread….

I remember. I know Gem said pine tea and ozone therapy, also. I’m very interested in other modes of delivery/transmission. We didn’t get it from the shot. But my husband undoubtedly got it from somewhere.

As for shedding, I don’t have much info either…….touch (holding hands, grabbing an arm, etc) and fluid exchange (self explanatory) ….

……if we expand on the ‘touch’ aspect, and we know criminal forensics uses ‘touch DNA’ to determine what the ‘criminal touched during his crime’, then one could suppose it is everywhere where people touch…..

The question then becomes, if it is transferred via touch, what is its viability and time (life span) on surfaces outside the body? 🤔

I also think it’s likely aerosolized. We live near a military base and our skies are rarely clear anymore. Even sunny days look dimmed and hazy.

Thank you, and thank you @lgageharleya. Appreciate it. The husband is not required to get boosters, thank god.

The only effective way, from both a cost and availability perspective, is Suranim compounds and Ozone Therapy. Star Anis indeed has more suranim, but most people have Pine Trees somewhere nearby they can harvest for free, hence the recommendation (unless pregnant or trying to get pregnant as the Vitamin A can cause spontaneous abortions.)

The shedding is becoming less and less of an issue as time goes on. It was far more of an issue at the start of the shot campaigns, when such a high dose of nano-tech was injected, along with the genetic modification to produce Spike proteins, that via breath (not touch), it could be transmitted. As time has gone down the shedding loads are reaching negligible levels in a variety of tests.

Blood transfusions are a problem, and moreso plasma and bone marrow. The altered genetic character of the blood can cause some level of permanent genetic alteration from the transfusions. Plasma and Bone Marrow (particularly) cause more severe problems, as they directly are linked towards production of new cells in the immune system.

The nanotech is also in these transfusion, although unless one takes a massive transfusion (say from a car accident that requires life-saving surgery), the load will be very insignificant.

I am sure livestock will be next…..that will impact all forms of dairy products (infant formula, milk based ingredients in food production, probiotics/supplements/protein powders, etc etc etc), meat/meat byproducts, eggs, etc etc etc….

……if memory serves, Australia may be on the forefront of this….however, in the meantime, they are requiring an mRNA vax for Lumpy Skin disease in cattle now………

The Anthrax shots in the army during the Bush Era do not contain nanotechnology. They did contain earlier forms of genetic modification (hence the huge number required), which cannot be undone. However, they were trying to create super-soldiers with enhanced cognitive capabilities during that experiment, and hence was not nearly as geared towards real time control and manipulation. The primary methodoly was to use Recombinant NGF, Nerve Growth Factor. You may have noticed Zuckerberg has used this type of enhancement, paired with psychoactive substances, and gotten an appearance of a zombie alien.

The manipulation with nerve growth factor in Iraq and Afghanistan Soldiers in the 2000s did lead to the very high rates of combat veterans developing mental illness, the highest by percentage of any modern war, and then were often given a blanket diagnosis of permanently disabling PTSD. 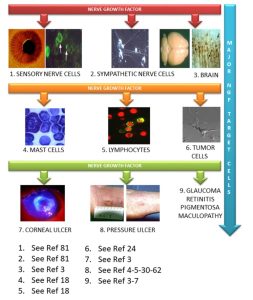 Public study from 2018 in which they used injected BDNF Brain Derived Nuerotrophic Factor a class of NGF for the cerebrum, which demonstrated that single session use increased short term memory capabilities in civilians.

I don’t live with anyone that got the shot but I have to work around them…I drink pine needle tea with dandylion root soaked then added to the tea..5 days on 2 days off. Dandylion also stops alot of the shedding as well and some good research has come to light in the last couple years of it’s benifits with it stopping alot of the protein spikes…and is a great compliment to the pine needles and best of all it’s free. Pomegranate peels do the same but not as efficient as dandylion.

She’s okay thank God. She’s put a statement out about being fine but then made a comment about hatred she is getting and saying her issue was nothing to do with vaccines. In a world of 5 yrs ago i remember when i used to take things on face value and take people’s word for things…good times.

Isn’t it crazy? I immediately read this and think “she’s been coached by the PR team.”