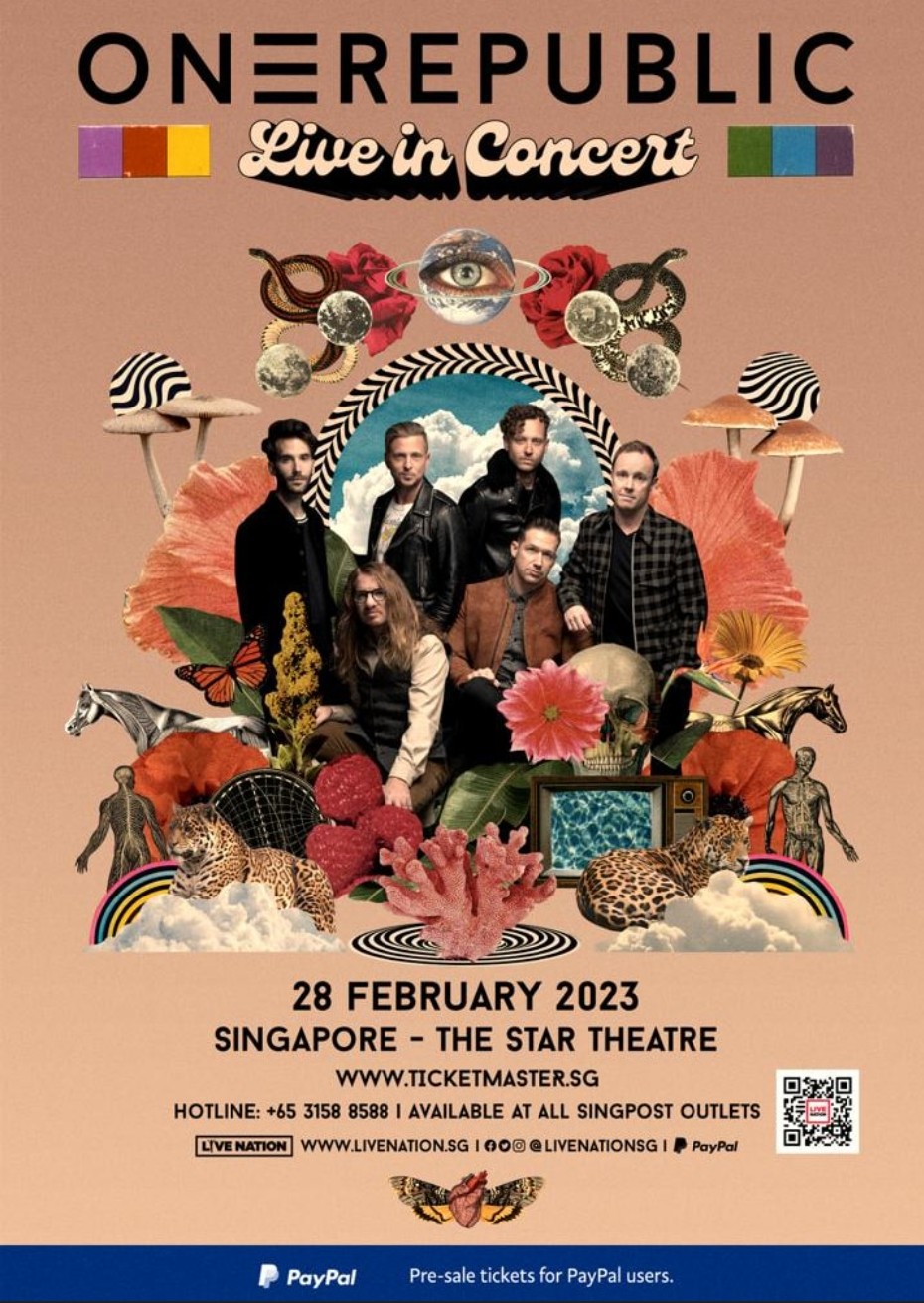 Up top we have a one eye in front of Earth with Saturn(Satan) rings going around it. To the right (and opposite left) there is a lemniscate infinity snake behind two moons. Notice the one eye flower skull as well as the Monarch butterfly to the right also one on the very bottom with a heart. Duality is represented by the Zebra patterns throught incuding on the backdrop outlining the (masonic) archway as well as a subtle checkered pattern shirt and the b&w spiral above the concert date. Beta feline embodiment is also represented by the large cats in the clouds and rainbows. There is also a black graticuled map off to the left. On each side there is a horse, one golden, one silver. The whole thing is also semi mirrored with each half playing a dualistic role for example some of it’s counterparts are faced forward and on the other side it’s turned around as you can see with the transparent anatomical manikins on each side as well as the cats.

Great analysis! I also see poppies (“Sleep, sleep!”), and magic mushrooms (mind alteration). There is a television (which looks like it’s flashing a one-eye!) showing *water* as it sits to the right above a piece of coral on a mind-control B&W spiral (we’re drowning yet again in the Great Flood/Cataclysm), The lower image appears to me as two mirrored moths sucking on a human heart: Moths to a flame, they’re consuming our Divine Light.

One of the most striking features of the entheogenic experience is boundary dissolution.

In a society where most of the rules / laws / morals are immoral and relative, this can be a powerful redpill tool to break the programming.

It doesn’t answer all of your questions though. It does however excel in raising questions.

The biggest danger isn’t physical health. In fact, the LD-50 on cannabis, LSD, and psilocybe cubensis are so high that it is nearly impossible to overdose on them.

The danger is that you are in a vulnerable and plastic psychological state.

When at the mercy of elite dark sorcerers, you’re gonna have a bad time.

Their video for Love Runs Out just seems like a big magic spell.

The E in One is the symbol for antichrist. The broccoli rabe is a concealed totem/god (I’ll attach the screensave via my phone as I can’t, here). The tv to me reminds of the movie Poltergeist – far less white noise and more crackling, uncontrolled energy. The colorblocks flanking their name are (slightly altered-concealed-truncated) rainbow, which is reflected below, but the below is entirely out of natural order and incomplete. Red, blue, yellow, yellow.

A E
Reply to  lgageharleya

Yes the E is actually the middle symbol of the mark of the beast Ξ which is 60. It is appearing all over the media over the past year, an announcement. It is the same as the three lines on the forehead with the dot, used to venerate Shiva, the destroyer and bringer of knowledge.

It is called the Vibhuti 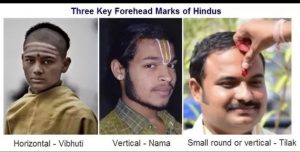 Biden’s “presidential campaign” graphics included this symbol instead of an ‘e’ in his name. The entire time.
The campaign slogan was “Battle for the Soul of the Nation”.

Who ‘battles for souls’??? Not even thinly veiled.

You hate “Bet on Horus,” vs. “Rump Pen1s,” and the campaign sign for 2020 was blatantly the shiva linghum

That symbol shows up a lot on tech stuff.

You can’t pack more symbolism into one poster.