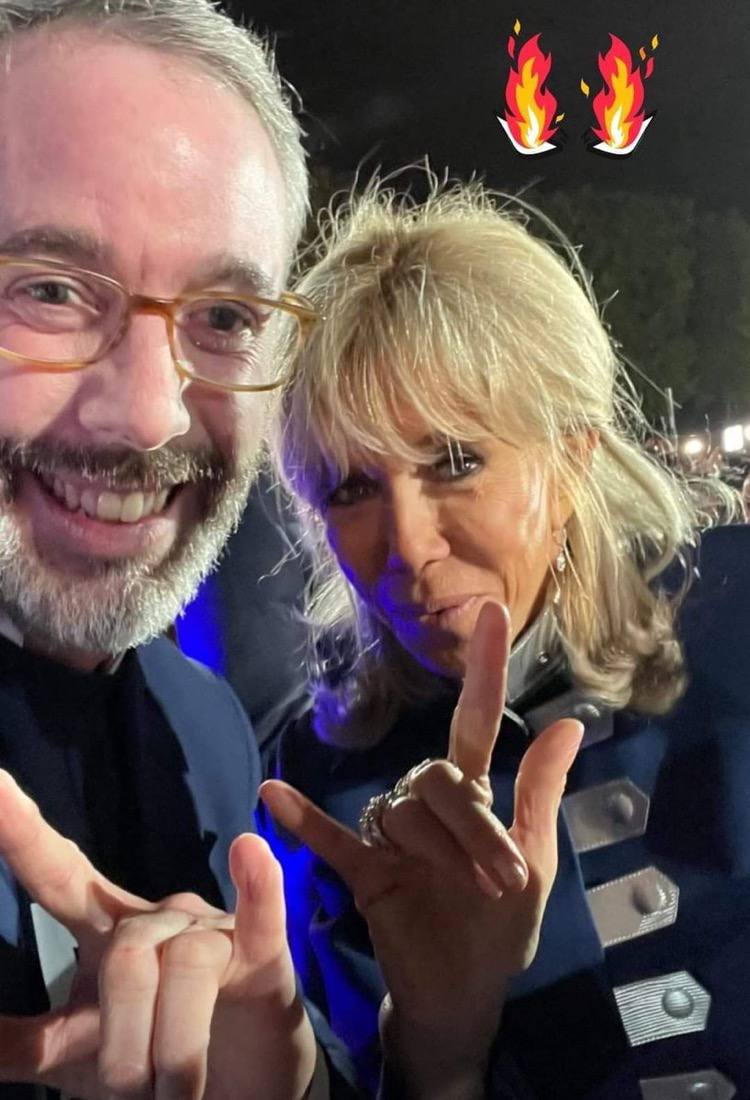 The former Minister of Culture has just released a book called “the ball of the hypocrites” in which she talks about the spire of Notre-Dame cathedral lost after a fire. She wanted the spire to be returned to its original state to respect the history and
the Venice Convention, but the government and President Macron wanted to change the spire to make it more modern and criticized him for doing as he pleased (while the majority of French people did not want major changes). 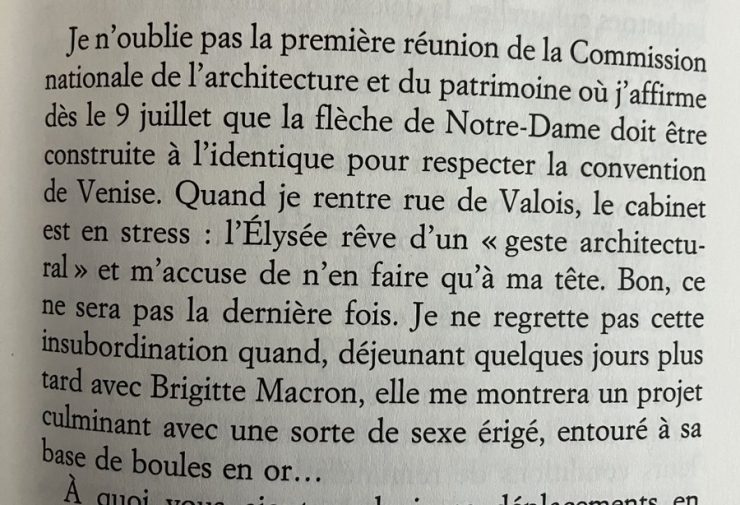 Fun fact: Brigitte Macron met Emmanuel Macron when she was his teacher and he was 15, they got together around this time + the rumors that she was born a man.

…so is the ” kind of erect p*nis” on top of a church a kind of fu to God? are obelisks a fu to God? I have wondered if the abomoination that causes desecration is in fact a kind of erect p*nis in the form of an obelisk like the one that stands in the Vatican. Its diificult for me to conceive of how these people are so arrogant as to believe that they will get away with insulting God.

Watch the Altiyan Childs Exposes Freemasonry video. He answers those questions. Freemasonry is a pagan and tantric cult and yes, obelisks represent the phallus of the god of this world. And I do think with all their sex magic they are trying to make the Antichrist.

They often like to groom children into thinking they are the Antichrist. Some possible clues from the omen series states he is a literal beast in human form and his birth will make a unique phenomena in the sky like Christ and NASA watches the sky for it.

I saw what looked very like the Star of Bethlehem clearly over my house shortly before Christmas 2022.

Steeple, spire, obelisk, totem pole, straight-out rays of the sun (while the opposite; curved rays rep female organ / feminine) among many other symbols are nothing more than obscured / “euphemism” male genital organ.
To have an actual p***s and balls would however be practically a more blatant / open of what has been obvious all along.

“When the human race learns to read the language of symbolism, a great veil will fall from the eyes of men. They shall then know truth and, more than that, they shall realize that from the beginning truth has been in the world unrecognized, save by a small but gradually increasing number appointed by the Lords of the Dawn as ministers to the needs of human creatures struggling co regain their consciousness of divinity.”
— Manly P. Hall

just as the curved rays of the solar disc rep female organ / feminine side or conception; so is the dome on top of many pagan cathedrals turned to churches today…

Meaning, when the steeple / spire / obelisk aligns with the dome (or an obelisk within a circle) this rep conception which is nothing more than worship of fertility gods…

A spire and rotunda are forms of the lingam and yoni, which represent Shiva and Kali, the deities of tantric sex magic.

It is said a fear of God leads way to wisdom. These people are the opposite of wisdom. They treasure the knowledge of this world and so this justifies their wisdom (in their mind) in a sense but yet cannot forsee their untimely destruction of which God does not enjoy btw.

They embody perversion. They are profane. They are disgusting. In-breds, heathens.