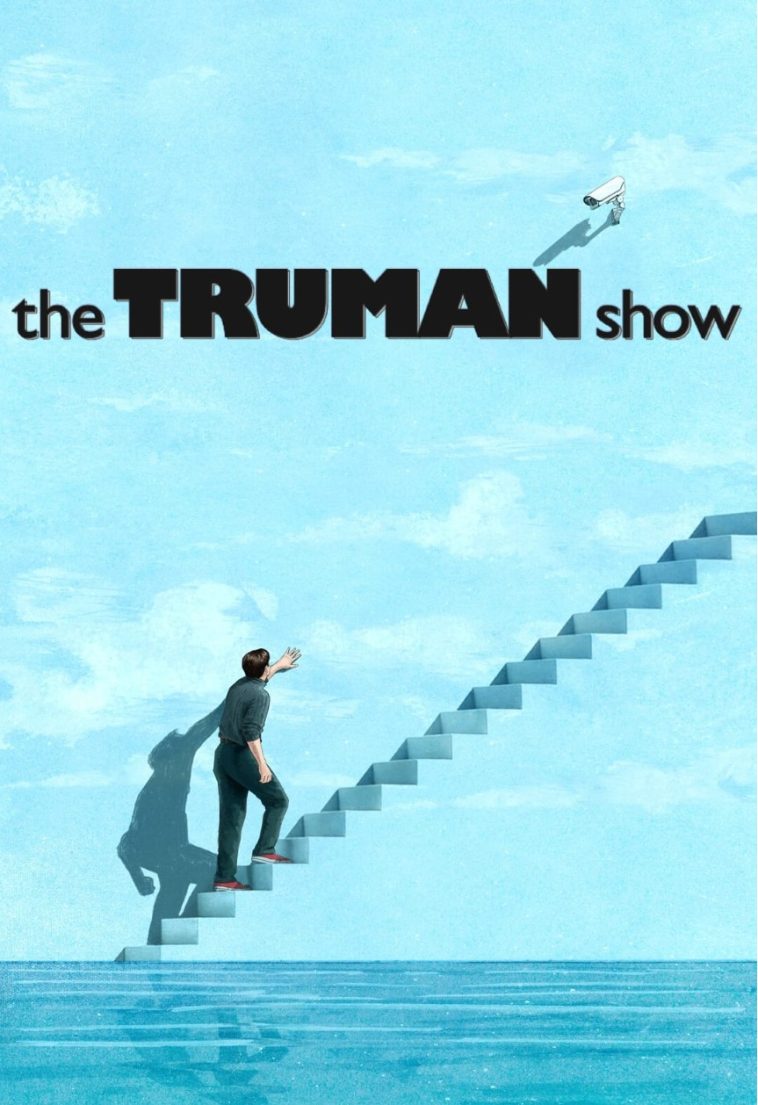 Truman Burbank is the unsuspecting star of The Truman Show, a reality television program filmed 24/7 through thousands of hidden cameras and broadcast to a worldwide audience. Christof, the show’s creator seeks to capture Truman’s authentic emotions and give audiences a relatable everyman. Truman has been the unsuspecting star of the show since he was born 30 years prior. Truman’s hometown of Seahaven Island is a complete set built within an enormous dome, populated by crew members and actors who highlight the product placements that generate revenue for the show. The elaborate set allows Christof to control almost every aspect of Truman’s life, including the weather. The picture-perfect home, with picket fence and plastic people, is an attempt to convince Truman he is living the American Dream rather than in an inescapable dystopian techno-prison.