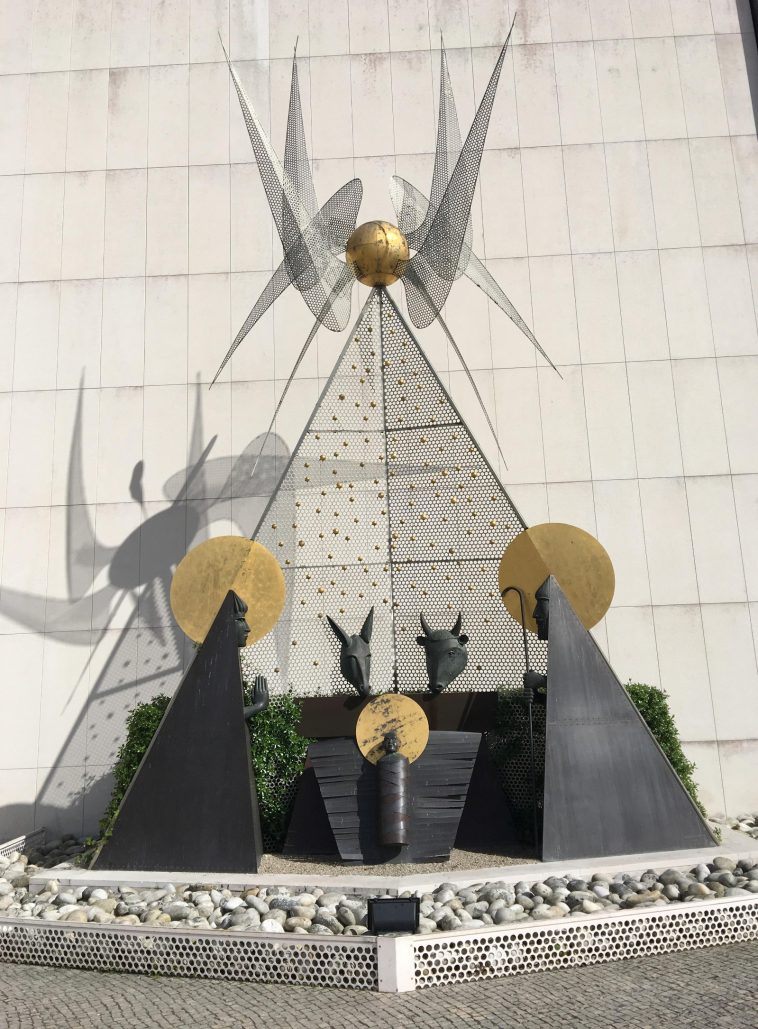 Saturn at the top of the Pyramid. Baal and Gamygyn watching over Semiramis, Nimrod and Tammuz Ninus (dressed as a “mummy” just so there is no misunderstanding and not a baby Jesus manger depiction scene) with sun worshiping symbolism as discs on their heads. Usually I would say that is the morningstar (Venus) overhead as Saturn would usually have black cubes or rings depicting that it is indeed Saturn, but if you look on the bottom of the pyramid there is the black cube flanked above by Baal and Gamygyn. And comming off Saturn appears to be wings I would say would be a representation of Lucifer -also looks like a inverted square and compass.  I believe this is a very deceitful nativity scene that most visitors to their sanctuary wouldn’t even know what they are really looking at.

It sure isn’t cheery.

That’s a spit in the eye at all Catholics!

Why are the sun disks on the overwatching figures clean, while the one on the child is smudged? If this is a representation of the birth of Jesus, his should be clean, spotless, bright. But it isn’t. What does that say about their opinion of the savior of the world, the Spotless Lamb?

Even if it wasn’t occult and satanic piece of blasphemic crap, the modern “art” in general is offensive and degenerate and shouldn’t be related to anything sacral.