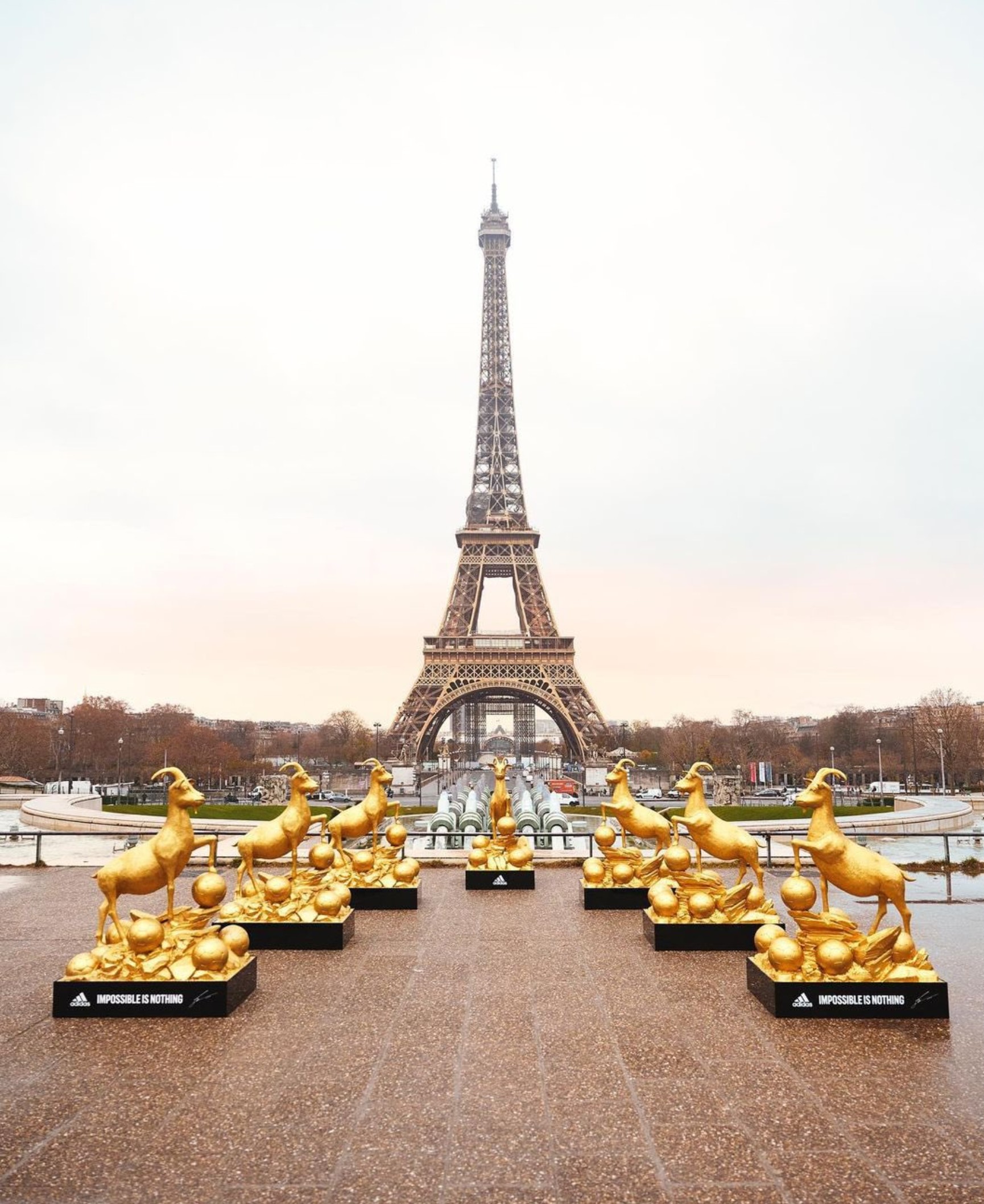 Last year when Adidas celebrated Leo Messi’s 7th Ballon d’Or with these 7 goats in Gold in front of the Eiffel Tower built by Mason Gustave Eiffel.

The Ballon d’Or is an annual football award presented by French news magazine France Football since 1956. Between 2010 and 2015, in an agreement with FIFA, the award was temporarily merged with the FIFA World Player of the Year and known as the FIFA Ballon d’Or. Leo Messi leads the pack winning 7 times.

“The BRITISH ROYAL FAMILY had been in talks with their extremely ‘influential’ and wealthy friends, at the TEMPLAR CASTLE in 2001. Apart from their ‘banker’ friends, the ROYALS were particularly interested in discussing plans for the ASIAN TSUNAMI with Eliza Manningham-Buller, representatives of Royal Dutch Shell and ‘Pete’ of ADIDAS fame. What I do not understand is PETE’s involvement in this criminal action. Why was ADIDAS involved or was the company, purely incidental? Royal Dutch Shell were to drill the hole for the nuclear bomb but what input did ADIDAS have? Did they simply fund the whole terrorist exercise? Who was behind the ASIAN TSUNAMI? – pretty much the same ‘cabal’- facilitated by MI5 but with important additional players: Royal Dutch Shell and Adidas.”