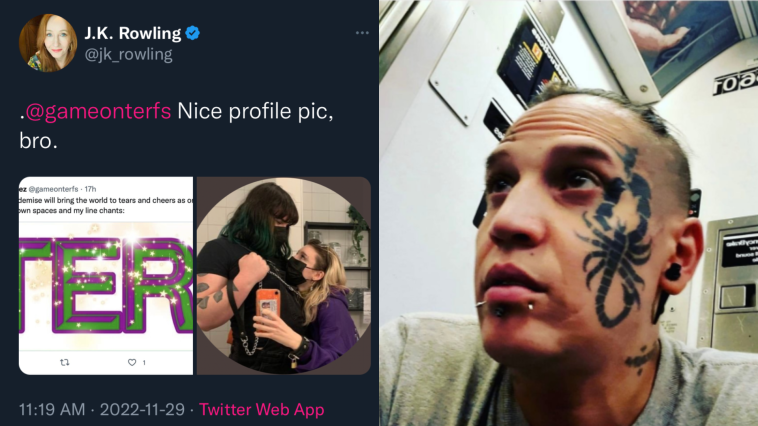 Trans users on Twitter are attacking JK Rowling after the Harry Potter author “misgendered” an account belonging to a trans-identified male convicted of murdering a 13-year-old child in a racist gang attack. On November 29, JK Rowling called attention to a social media account under the handle @gameonterfs, posting two screenshots — one of a […]

That article is so disturbing.