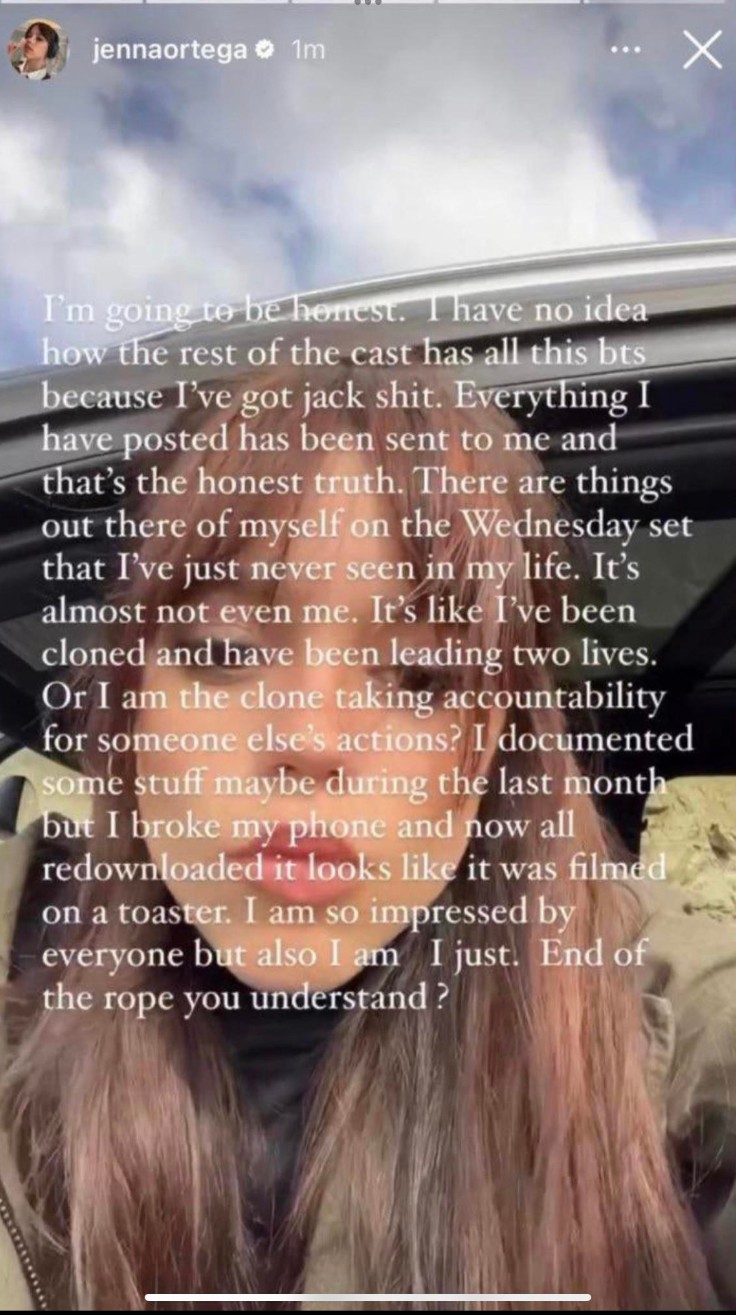 She recently blowed up in the series “Wednesday”. Make no mistake, this series is just another Hollywood show normalizing dark occultism.

I think she’s just another victim of MK Ultra used to promote certain agendas by the elites. She recently posted about being a clone in her Instagram Story, which was deleted within 12 hours:

“Im going te be honest. I have no idea how the rest of the cast has all this bts because I’ve got jack s**t. Everything I have posted has been sent to me and that’s the honest truth. There are things out there of myself on the Wednesday set that I’ve just never seen in my life. It’s almost not even me. It’s like I’ve been cloned and have been leading two lives. Or I am the clone taking accountability for someone else’s actions? I documented some stuff maybe during the last month but I broke my phone and now all redownloaded it looks like it was filmed on a toaster. I am so impressed by everyone but also I am… I just… End of the rope you understand?”

This is the second posting of this and ZERO trace of it linked to her in any way, Instagram or otherwise. You should only allow posts with validating links otherwise this is just a distraction to it all. Remove

What are you talking about?? This was widely spread when she posted it. You can’t link to it if she deleted it. Do a little research before making ignorant” zero trace” accusations. Here is one (of many) magazines that even published stories about it right before she deleted it:
https://www.seventeen.com/celebrity/movies-tv/a42121447/jenna-ortega-doesnt-remember-wednesday-behind-the-scenes/

Well that settles it. Seventeen magazine printed it (Is that where your “screen-grab” comes from?) If it was “widely spread when she posted it” I ask you to SHOW US JUST ONE MORE SOURCE. Just one and I will admit I am wrong here. You can’t because that was all there was on this. We all need to do actual research, it’s too easy and fast to be deceived these days. These things help no one evolve in their individual search for truth. I hope you will consider this and take head before posting anything and everything without first substantiating it. Beware of false prophets. That’s really all I’m saying and I wish you well on your journey.

PS (The MICKEY MOUSE SWISS CHEESE posted earlier on this site is also not true.) 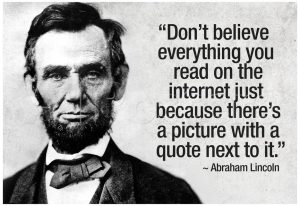 Take some head too but I meant heed. 😉

Admit your wrong, thank you!

@Tru, over to you please.

This one only REFERS to the seventeenDOTcom link. So this is basically the SAME LINK.

Here:
“I’m going to be honest. I have no idea how the rest of the cast has all this [behind-the-scenes footage] because I’ve got jack sh*t,” she wrote, per Seventeen.

As the astute Whatevs points out:
“This one only REFERS to the seventeenDOTcom link. So this is basically the SAME LINK.”

I did ask for one other “source” not someone else referring to your only source. Do you have a second source? Again, happy to apologize but c’mon. I am willing to admit I am wrong, you will be OK if you do too. It was a mistake, we ALL make them.

Ultimately I appreciate you deletetheelite and all the hard work you do here but I’m going to call out inaccuracies, that if proven, should be amended for the sake of integrity.

You know…if you really know the truth, you know this is already happening to these ‘celebrities’ but you need ‘sources’ to validate it for you. Nevermind the hundreds of articles on Vigilant and this sister site which prove it. You are disbelieving someone who might have been trying to reach out because why? You believe it isn’t happening? This shows you are already deceived.

So basically you’re saying you only want the truth that the media prints and you need several sources from it, and that if she spoke out against the industry and about her disassociation, you won’t believe it because said media didn’t report it widely. And you’re here preaching about finding out ‘the truth’. But it needs to be on media sources. Gotcha. Okay. Good thinking. lmfao.

So you don’t think we need posts with validation. Got it. I know it’s happening and I praise VL and deletetheelite for all they do. My earlier messages speak for themselves. This is not a “gotcha” moment, it’s about correcting a mistake for the sake of integrity. You seem to be fine with the opposite which speaks volumes about you.