I don’t believe there is any longer such a thing except from directly from certain blood vessels -anything in banks I believe has been contaminated.

I am certain it was transfusions (I adamantly refused, but they gave anyway, x3) administered to my husband that caused the 2′ long stranded “clots” they pulled from his clogged chest tubes over and over and which nearly killed him multiple times.

He was hospitalized Aug 21, 2021 and after over 30 days in lockdown (which also almost killed him, but then he was on the mend and on his way home) they allowed a preventable injury that caused the lung collapse and internal bleeding for which he then had to be intubated and chest tubes placed. The need for transfusion was borderline and avoidable, but one of his physicians intensely disliked me and ordered it against my consent, claiming my drugged, weak, confused husband had been in his right mind to give consent for himself. Immediately after he took a stark turn for the worse.

He remained, mostly in ICU in one facility or another after that, coding multiple times, until he was finally released Jan 12, 2022.

I’m so sorry for your troubles and hope your husband is doing better now.

He is, thank you! Still has some way to go, but far better than anyone could have, or did, expect (besides me and my husband). I remain furious at what they’re doing to people, but all I can do now is tell our story and warn as best I know how.

Hope you and yours are, and remain, very well, too.

Hope he is doing good! I also would never trust any blood banks nowadays.

Do you see the 666 in the symbol of pure blood bank? They are everywhere, is there still somewhere safe in this world? out of their reach? 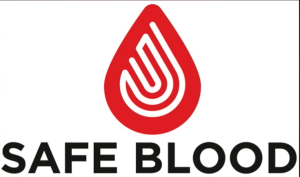 During the covid lock downs, there was a rumor that hospitals were receiving money for patients that died from it. Seen as an effort in the struggle and as such, a reward.

Many people died unnecessarily and mysteriously. Some were putting patients on ventilators with no training.

This is without a doubt the crime of the century.