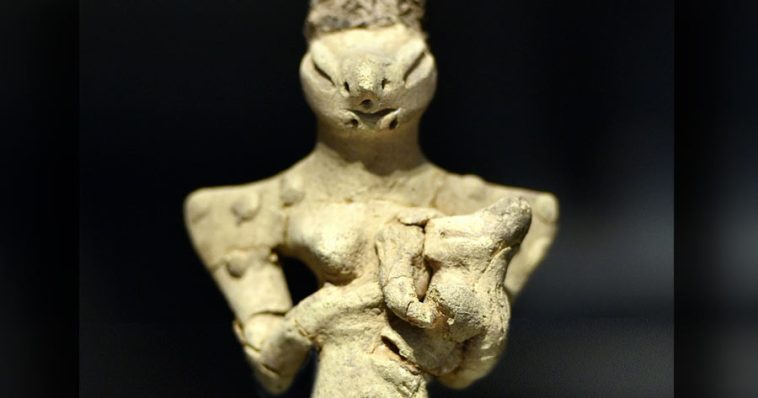 It is a commonly accepted view in mainstream archaeology that civilization started in ancient Mesopotamia with the great civilization of Sumer in what is now modern-day Iraq. However, at the beginning of the 20th century,

They are not Aliens. Read the Nag Hammadi: Apocryphon of John(AJ)- that will explain what they are: https://www.bibliotecapleyades.net/nag_hammadi/apocjn.htm

Also, when reading the AJ you will read about Eloim and Yave- also known as: Cain and Abel.

“And these he (Chief Archon)  called with the names Cain and Abel with a view to deceive.”- Nag Hammadi: Apocryphon of John

Eloim has a bear face, set over water and earth, and is said to be unrighteousness.

Yave has a cat face, set over fire and wind, and is said to be righteous.

Now, think of the ‘Teddy bears’ used in the Balenciaga ads, think of the State of California (located in the United States) flag. Think of how bears are depicted in modern society.

Think of the Sphinx and ponder about Yave. Archeologists all tend to agree that the head/face we currently see on the Sphinx was not the original face- it was changed sometime in history.

It appears, what we think is ‘modern society’ is the myth, and we have been told are ‘myths ‘ are reality. This goes much deeper than you can ever imagine.

Do the work, everything you need is within. With deep surrender to God the truth becomes clear. Forgiveness and compassion for the self and others are also extremely important.

Lastly, the images you see below are real. They have walked amongst humanity for a long, long time. They still walk amongst us- some in what can only be described as in the ‘ether’ and other instances in the flesh. When you begin to deeply surrender to God and practice forgiveness; you will see them. All fear is an illusion- don’t be afraid.

The Nag Hammadi speaks of them, Buddhist documents from around the same period and earlier discuss them- they are Demons.

Why do you think the media/governments are ‘disclosing’ so much information about ‘Aliens’? Folks, reality is nothing what we have been taught, or think- humanity has been deceived since the beginning of time.

The deception is absolutely stunning- reading about it versus actually seeing, knowing, and truly understanding it cannot even be comprehended.

Read the Nag Hammadi library, it will answer many of your questions: https://www.bibliotecapleyades.net/nag_hammadi/contents.htm

There’s really no great mystery here to anyone who has read the Bible and does not dismiss it as fables or fairytales. The old testament texts are the most corroborated historical texts in all of history, more so than any other historical account or document. There’s a lot of twisting of biblical texts, nonsense about “true names” of God and Jesus and “proof” that the bible and God are actually evil blah blah blah, but these are just the same lies Lucifer has been telling since the garden of eden. Texts outside of the bible only confirm that it is telling the truth, historically.

I agree with you

I am currently reading a book on an analysis of angels and so far what I seen in the first chapter the author makes a solid argument while analyzing biblical text on the garden of Eden incident not being sex and just eating the forbidden fruit. He said the serpent wasn’t Satan and that Satan actually was just speaking through the serpent and that ever sense then the serpent was a symbol of evil. We also have to remember that the garden basically was an expansion of heaven and he is banned from living in heaven but only enters it for the angelic council arguments. So Satan was watching them but wasn’t actually face to face with them even then. Plus don’t you think if it actually was sex that the offspring would have been destroyed in the flood like the giants? It’s pretty clear these type of demons are able to stay in the physical realm by eating humans and practicing black magic. Even in The anime we mentioned yesterday on here The Promise Neverland the demons agreed to keep their terrorization in the physical realm limited in exchange for children to eat. This also would give a good explanation of why the elites are selective in how and who they reproduce with. It has to be with done during black magic so they can stay in the physical realm.

Mark Passio talks about these guys in episode #160 of his show WOEIH. 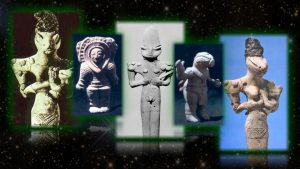