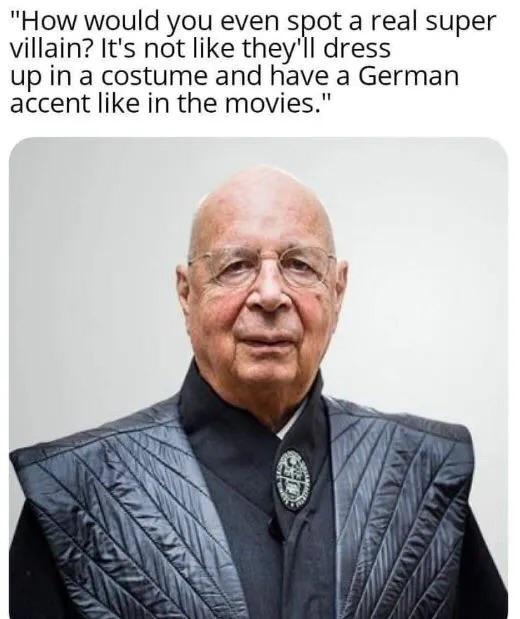 The World Economic Forum wasn’t simply the brainchild of Klaus Schwab, but was actually born out of a CIA-funded Harvard program headed by Henry Kissinger and pushed to fruition by John Kenneth Galbraith and the “real” Dr. Strangelove, Herman Kahn. This is the amazing story behind the real men who recruited Klaus Schwab, who helped him create the World Economic Forum, and who taught him to stop worrying and love the bomb.

This man is truly possessed by the archetype of evil. I feel if this picture scaled out he would be sitting on a human slave with a glass of chilled childrens blood sat neatly on the table next to him.

I can honestly say that I have made $34,211 while working part-time from my loft over the past month and a half. Simply put, both my old company and I ran out of money at the same time. Fortunately, I decided to take on this in-demand online job , and as a result, I can now earn (ijf-02) thousands of dollars from home quickly. Everyone is willing to help this entertaining project and will increase their online earnings.
…
I said the following to start——————————>>> https://smartjobs75.pages.dev

This is an extremely well-written article, for those who can still follow text longer than a soundbite. Very good history to be aware of.