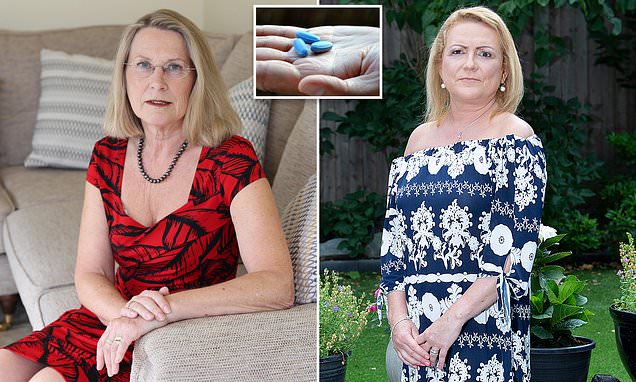 “New research published yesterday shows that the theory justifying the millions of prescriptions for antidepressants handed out every month to patients is simply not true.”

When I was a teen, my mom took me to a doctor because I was having “really bad periods” (meaning a lot of blood, gushing, and severe pain which left me out of school for about a week each month). The doctor did not prescribe or say anything except one prescription for “SaraFem” saying “take 1 daily as needed”
After that, whenever I had heavy bleeding and pain, I’d pop a pill, then the next day, try another one. Not daily, not at a specific time, just “as needed”… nothing really happened except my emotions got waaaay out of whack.

People equated it to just being on my period but it was really messed up. I’d be completely out of it like a zombie, then having suicidal visions, then having rage, all very random.

I took the box to my mom and said “I’m not going to take these anymore, they are messing with my emotions, and I’m still having the same issues.”
She took this pretty soft flowery looking pink and white box in her hands, spent some time looking at the label, went into the medicine drawer in her own bedroom, and looked a bit more…
She said “Honey this is Prozac!”

Several years later I learned I had cervical cancer, endometriosis, and a uterine prolapse…Perhaps one of those was helping cause the years of extreme bleeding and pain.

But the doctor was working with an attitude of “all teen girls get a ‘script for knock-off Prozac in a pretty pink package”.

I’m truly sorry this happened to you. A lot of people hold doctors in high regard when in fact they can be very incompetent. It’s horrible to think of all the people whose physical or mental health has been made worse by those doctors…

An anti-depressant drug changed my life. For the much better. There are uses for these drugs, but I am sure they are way over prescribed.

I agree. I was prescribed Zoloft for my postpartum depression/anxiety earlier this year and it did save my life. There are some for whom these drugs have real therapeutic value, but they are prescribed like candy to anyone who is having a low point in life. It’s similar to the rampant diagnoses of ADD now.. there are some who may have it, but the vast majority do not.

Even if you’re depressed, and I’ve been there myself, please do not take antidrepressants. It’s a poisonous drug and you will never be able to stop it. My mom’s doctor prescribed her antidepressants like candies, she tries at one point to go to rehab and stop taking them but she couldn’t. She ended up committing suicide. It didn’t help her. From this point I told myself that I would never take any of these, but I’m always scared when I hear how many people take this poison on a daily basis, it’s just insane. And you wonder why people are so numb.

Absolutely. And they were all advised to dump “leftover” and “expired” meds into their toilets.

Mental illness just like all illness is indication of unbalance and toxicity in the body. No unbalance is solved or cared for by drugs, they are only meant to poison and kill, and the problem will never be solved until real health is addressed. When people say the drugs “help” them they are simply experiencing a suppression of symptoms, not a cure or any level of getting better, and they will only have more and more toxicity building up in the body. The book What Really Makes You Ill is one everyone must own to understand this better.

I agree that anti-depressants do not and will never work, the only one that can cure your depression, anxiety is the lord god, thats who – none of these alchemy mumbo jumbo drugs that will cause more pain, grief, to family members, friends as well, to acquaintance – suicide is also high because of this hot garbage but they do not care to discusses it, even their own who support such grotesque, evil, ego idelogy do not want patience to be happy and learn about god – they’re so indulged in being the ‘right one’ that they will push athiesm – pure religion instead of telling the person to seek christ