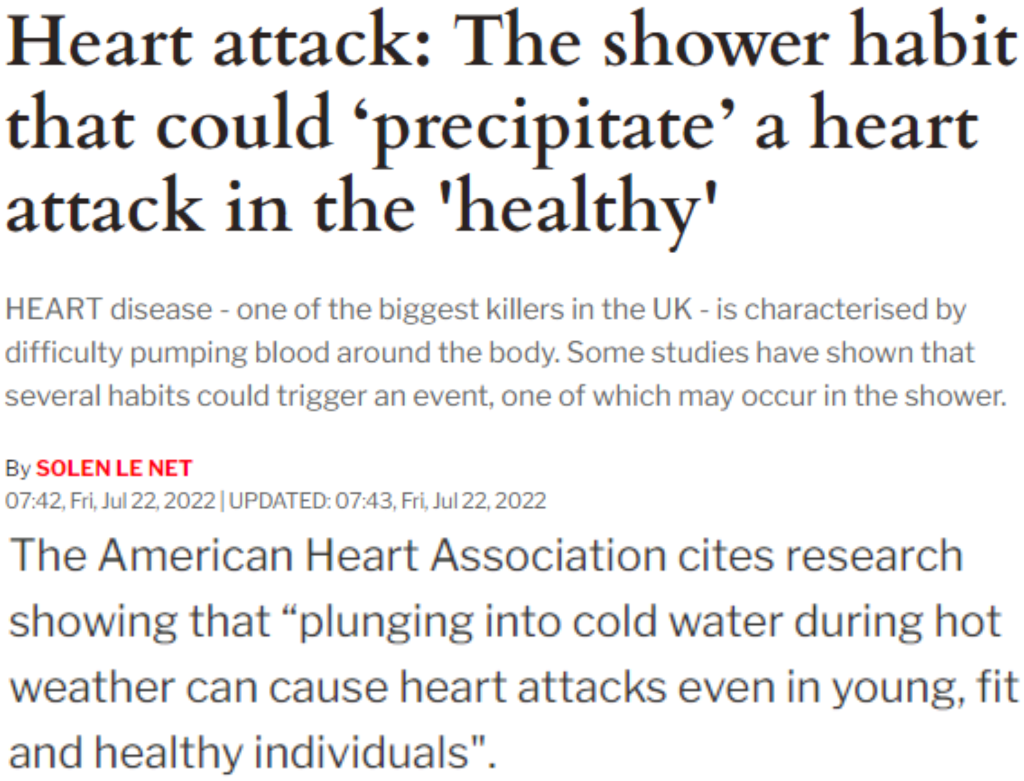 Rewriting known human memory in real time. Forget your own lived experiences. Is anyone buying this? Or do they just keep churning it out without caring…it’s now “of record”? I never could have conceived of such brazeness.

True, yet there was definitely a bioweapon released. Whether it was in the swabs or not, I dunno, but it wasn’t until the “vaccine” rollout that people began to truly have nightmarish physical symptoms. I’d never have believed it had I not seen it for myself. Never saw anything like it before and I’ve been in medicine since 1993.

I will tell you that I called bs on this from the very beginning (much to the anger and derision of most of my colleagues). Many just silently glared at me. I got several “talkings-to”.

The fear almost universally instilled was palpable. The PPE (always changing requirements) made us faceless aliens to our patients (a population with an increase in mental problems, many of whom had no understanding of what was happening and were terrified).

But It may have been also all the banners and signs and gifts fron the facilites as well as many families touting “HEROES WORK HERE!” that encouraged the early delusion – it was a giddy mix. Tense, masked meetings every morning (like a team sport huddle) rules constantly changing (emergency huddles called midday with some new mandate). Extra pay and clout for those specially trained to work with patients testing positive (regardless of symptoms). There was a sick element of power and excitement for many to be part of that inner circle.

When the truly sick finally began rolling in, a lot of staff burned out fast. It was horrifying and demoralizing. But it definitely reinforced the delusion (which wasn’t entirely, anymore, was it?) I have witnessed incredibly gifted providers in tears as yet another patient expired with relentless inevitibility.

I haven’t worked in nearly a year because the human dearest in the world to me nearly died, multiple times. I was present and assisted in life support on five occasions during that hellish 5 months. That was after the full month-plus I wasn’t allowed to even visit and was fighting via phone, threatening them if they dared to intubate.

I had lost my mom just before that and was forced to say goodbye to her through a nursing home window – that’s another unbelievably awful story, full told.

In the first few weeks, some of the most common and effective therapies were removed from us (aerosolized treatments) and we were giving people with histories of severe asthma two puffs from a metered dose inhaler and hoping for the best. I wonder how many died unnecessarily from chronic problems simply due to covid restrictions. Only God knows that toll.

So, I am, needless to say, more disillusioned than I already was with my profession. It was injury heaped upon insult heaped upon horror. And it was strictly enforced hopeless inevitability.

I have seen your dismissiveness over and again, and while I get where you are coming from and in initial stages, you were exactly right, it is hurtful in ways you can’t imagine. I know you don’t intend it that way. I just wanted you to know.

I’m a pussy, so I don’t take cold showers, but everything I’ve heard is that cold showers are incredibly good for your nervous system.

We dive into the ice-cold sea. Have you heard of a healthy person who had a heart attack from the cold at sea?

The issue on doing this is that it will give you authorities over the years to pass…sooo best be careful.