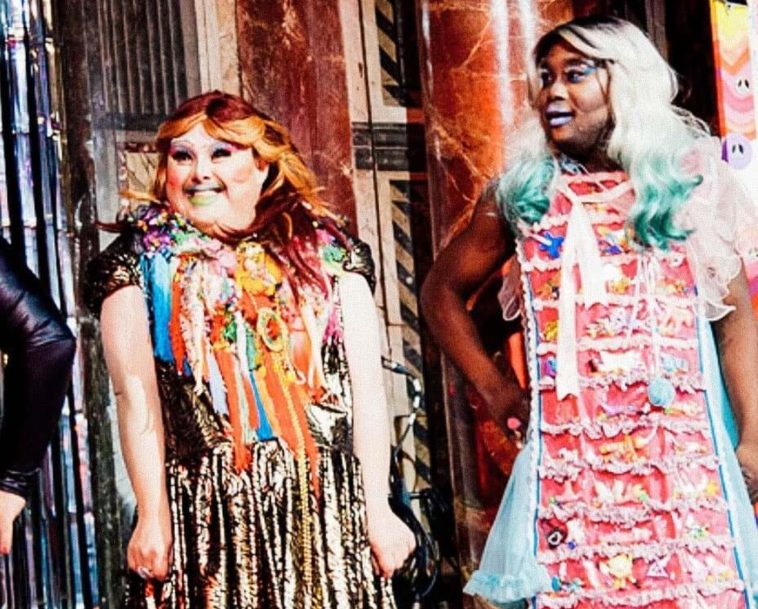 When anything sacred must be debauched, there are no limits to the charade of liberating oneself from taboos.

I find RuPauls Drag Race to be disturbing as well.

Drag queens in general have been looking more and more like possessed clowns instead of men dressing like women.

It’s these kind of changes which make me believe that demons really do in habit bodies and minds of individuals.

But now of course, they are trying to say it’s all so great and innocent, so why not pressure kids and mentally handicap people to do it too.

I remember so many videos of the jab being stuck, non-consentually into the mentally and physically handicap, as well as the very old and very young.

Maybe one or two kids/down syndrome adults really do want to do this, but after seeing what they did with the jab, with the propaganda of drag, with the forced transitions… you’ll never convince me after seeing all that, that this stuff is fully by choice.

If you do something due to being manipulated to do it, was it really your choice in the first place? (People need to think of that when it comes to abortion too.)