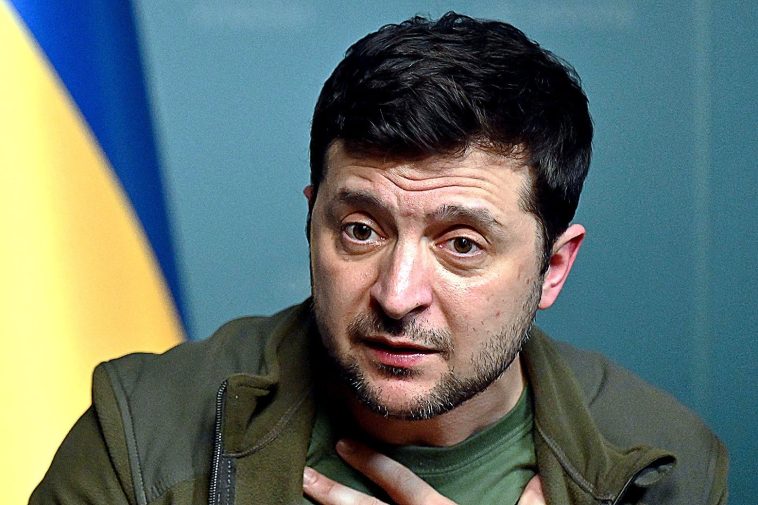 I don’t pretend to know what exactly is going on in Ukraine.   But when a mainstream news article references “the “cinematic” quality of the media” issuing from an active warzone, it sets off my alarms. I thought the instant 24/7 wall-to-wall coverage had a manufactured “Wag the Dog” aspect from the beginning (Wag the Dog – Wikipedia for those of you unfamiliar with what that means).  And this article reveals that not only is Ukrainian President Zelensky an actor, most of his government is involved in one way or another with the entertainment industry in Ukraine:  “His administration includes some three dozen people with ties to his former comedy studio, some of whom are serving in national security or in defense intelligence. One senior official was a movie producer and media lawyer. Zelensky made a onetime director the head of the domestic intelligence agency, and one of his chief presidential advisers is a screenwriter and producer whose major credits included a hit rom-com and a television series called The In-laws.”  The most obvious question is, how is someone formerly employed at a comedy studio able to work in defense intelligence? And the most obvious answer is that maybe they already were.

Yes! Lately whenever I see my country’s mainstreet media, and our big tech actively shoving a viewpoint down our throats 24/7, I know I am being lied to, so I tred carefully when opening anything about these two countries, because so much propaganda is being shoved down our throats. They have done so much “acting” in media that it is almost rediculous, and this is no different. If you check out the videos of “And We Know” which are on Bitchute, you can see interviews of some beautiful Ukrainian people who are being honest about what is happening in their country, and it’s not as cut and dry as the media makes it out to be. As far as I know/believe, Ukraine has a lot of corruption (a lot of it right on Russia’s border) which Russia is trying dispel, while being as kind to the people as possible. Yet the people are being shot at, bombed,, kept in the country, and limited on food supply etc by their own country to make Russia look worse!!! There is so much proof that the US deep state is in bed with Ukraine, and after all we know, it’s not that big of a stretch when I hear that Russia is going in to save children who are being child trafficked out of Russia and into Ukraine, nor is it that big of a stretch to believe that Russia is trying to keep socialism out of the area, or stop bio-labs which are planning the next big covid attempt. But our media’s philosophy IS a stretch: That big bad Vlad has gone insane and just wants already huge Russia to be bigger, on a whim, for no reason, he’s just gone batty.

As a Russian I don’t recommend you to trust Put*n and his propaganda. Personally, I hope his regime falls after Ukraine kicks him. (that doesn’t mean to trust whatever America is telling, they both will only say what brings more benefit to them) but Ukraine is a close country to us, lots of family members, friends living there. They all can’t lie about what is happening there. I don’t know about the government, but I trust the people. Besides everything they say corresponds to how russian troops behaved in Chechnya, and the Stalin style of repressions. Super typical. In Chechnya war they also bombed and killed civilians (it was much more barbaric actually, inhuman atrocities) but blamed it on terrorists.

Many minorities from russian republics actually went to ukraine to fight on their side, in hope that the rus. regime finally falls. There is a chechenian batallion on the ukr. side, belorusssian batallion.

Also, a lot of russian videos about how nice they are in the occupied territory are staged, there are videos where actors are being brought from the border. Ukranians prefer to not take their food but gather for rallies on the streets against the occupiers – these ones are real.

The docs from the biolabs that were posted online are bull, just regular bio researches, and according to the docs, the bacteria for the studies was sourced from russia, actually.

As for America, personally, I think they “sleep” with both sides, just like wall street in ww2. Evidence: in the first days of war one rus. journalist slipped that P. entered Ukr. having support of Biden. It is already well-known that he was counting to take ukr. in 3 days. If you watch the first Biden’s speech on the matter, after expressing how tragic the situation is, he said “we expect Kiyiv to be taken in 96 hours”. They also suggested to Zel. to flee, having everything prepared.

In Russia a lot of propaganda was prepared to roll out after the victory of taking Ukraine. Alas noone expected to meet such fervor of defenders. The paid ads and celebrations, the whole marketing of we are the winners, God is with us, we defeated the enemy, still rolled out and it looked super awkward. But I will tell you, there were several instances, which point that after Ukraine they were supposed to continue with Poland, Lithuania, Moldova, Kazakhstan and Georgia. In some songs, and government officials’ docs, in military maps it is mentioned/shown. These ideas look super awkward right now because the plan of quick military operation failed and it is more important to take care of the economy. But, I guess, they already spent money on the marketing and propaganda, so they can’t switch half way… Gotta say it works on many, too.

So, in short, it seems that Russia was expected to take Kiyiv in 3 days and move further in Europe, is that how they wanted the ww3 to start?

After a pandemic used to economically isolate China, now there’ s war destroying Russia’s economy, while these 2 countries are historical “enemies” of the US, as they are made to appear in the media. The new administration is probably trying to clean up and reign supreme, while innocents are being killed. We clearly cannot know the whole truth but we’ll have a glimpse of it when we’ll see who will get contracts to rebuild Ukraine after this…